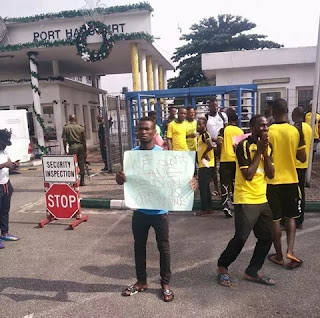 
While speaking to a correspondent, a player of Rivers United who pleaded anonymity, revealed that players got livid when they confirmed that Governor Wike has approved the payment of their money long time ago.


He said: 'Yes, we are in front of the government House in Port Harcourt and we will not leave here until they pay us our money. We have been told that the Governor has approved the money, and the Commissioner for Sports has refused to pay us,''


The Rivers state Commissioner for Sports Iyaye Boma's s phone was off as at the time of writing this report when he was contacted for comments.


Meanwhile, the League Management Company (LMC) who are in charge of the NPFL have cancelled the payment of sign on fees and however advised clubs to engage in the payment of impressive salaries.


Sign on fees are usually paid to players of the Nigeria Premier League towards the end of the season in which many players will take home nothing less than N3 million. 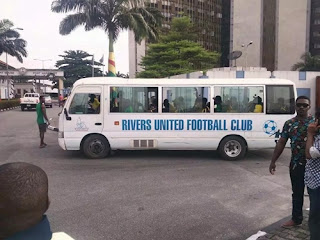 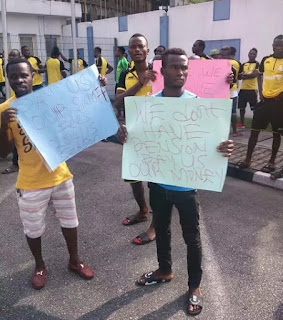 Posted by Daniel Update at 7:35 AM