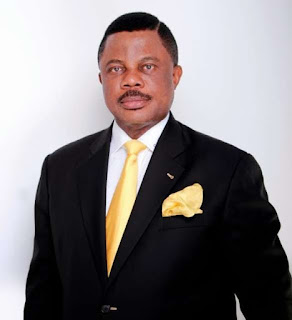 
The National Chairman of APGA, Dr Victor Oye said the recent reports in some quarters linking Obiano to the 2019 presidential elections were fictitious.


He said Obiano will not be contesting for the presidency because the party’s first priority was to concentrate on winning in all the five states of the South East geopolitical zone.


On the Obiano presidential race rumours, One said, “That is ridiculous. The governor holds his colleagues and, indeed, any other person for that matter in high esteem. For the whole period I have known the governor he has never been associated with vainglory, undignified utterances or uncouth words.


“There was no time the governor told anybody, dead or alive, that he would want to run for the presidency.”


The party chairman added that the party was presently behind President Buhari “because of the urgent need to work collectively to heal the wounds of the nation and build an egalitarian and just society for the present and future generations.”


He stressed that as party chairman he would have been the first to know if Obiano harboured a 2019 presidential ambition.
Posted by Daniel Update at 10:24 AM