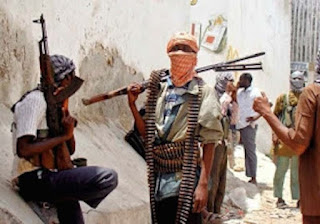 However, the rumoured abduction of scores of schoolgirls from Government Girls Secondary School (GGSS) in the town could not be confirmed.

Some of the residents of the town who fled into surrounding bushes told THISDAY on the phone that their town was attacked but that the abduction of the schoolgirls could not be ascertained.


They revealed that there was heavy gunfire from the insurgents.

A security source, who pleaded anonymity, said that the attack on Dapchi was not unconnected with the fleeing Boko Haram fighters who were displaced by troops in Sambisa forest.


He said there has been red alert since last Saturday that some terrorists in three vehicles were seen heading towards Damaturu, and that all checkpoints were asked to be on red alert.

“They were sighted moving towards Mafa – Sasawa villages in Yobe State. Perhaps they may have taken another route and appeared in Dapchi today or another group since they are all in disarray.

I have been trying to get my colleagues stationed in Dapchi but I could not reach them after I spoke with one of them earlier.

The signal we received says the situation is calm. On the rumoured abduction, I can’t confirm that as we speak,” he said.

Attempts to reach some staff of GGSS Dapchi were futile as their lines were not available.

A teacher in the school, who escaped the attack, said the attackers stormed the school around 7p.m through the eastern part of the town.

“They shot sporadically and forced the school food store opened. We (staff) and the students ran into the bush for safety,” he said.

When asked whether there were any kidnaps, he said it’s too early for him to comment on it.

“For now, we can’t say anything until all the students returned tomorrow morning,” he said.

Posted by Daniel Update at 9:27 PM