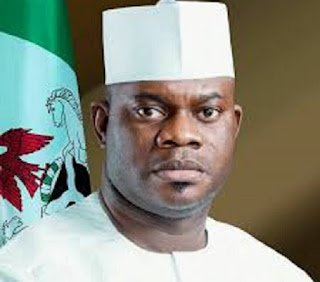 Justice John Tsoho dismissed the suit on grounds that the plaintiffs, Michael Elokun, Ibrahim Sule and Hawa Audi had no business instituting the case.

The plaintiffs were asking the court to grant an order for the return and immediate swearing-in of Idris Wada, the immediate past governor of the state.


Mr. Tsoho, in his judgment, upheld the objection of Mr. Bello that the plaintiffs had no “locus standi” to institute the action.

He held that the plaintiffs were neither members of the All Progressives Congress (APC) nor aspirants in the primary election that made Mr. Bello the candidate of the party in the governorship election.


Moreso, the court agreed with Mr. Bello that the plaintiffs were not the only electorate in Kogi State.

The judge also held that the subject matter of the suit was not within the jurisdiction of the court as it was not a pre-election matter.

He said that the suit was bound to fail because it was filed almost two years after Bello had been sworn in as the democratically-elected governor of Kogi.

Other defendants in the suit are the APC, the Peoples Democratic Party (PDP), the Independent National Electoral Commission (INEC) and the Attorney-General of the Federation.