My husband smells my underwear anytime I get home- Nigerian woman 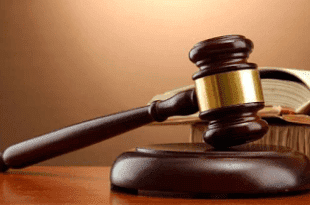 A Nigerian woman has cried out to a customary court owing to the fact that her husband smells her underwear anytime she gets home.

An 88 year old man has had his 30 year old marriage to his wife dissolved by an Ikorodu Customary Court in Lagos on Thursday.

The court terminated the union after the petitioner, Mr. Gbeminiyi Adeyiga, 88, had insisted that he would no longer condone the infidelity of his wife, Sekinat.

Adeyiga had pleaded with the court to dissolve the marriage forthwith, citing his wife’s unbridled promiscuity, lack of care and battery.

The President of the court, Mrs. Funmi Adeola, subsequently, declared that they would no longer be husband and wife as the marriage had broken down irretrievably.

“Henceforth, you are no longer to be called husband and wife as investigation revealed that the wife truly commits the offence alleged against her.

“Having tried to settle the differences amicably, there were reports from petitioner that the respondent refuses to heed to series of advice.

“You are hereby ordered to go your separate ways and the custody of the three children should be determined by each one of them as they are above 18 years of age.

“However, the children must be jointly groomed toward a better life as your separation should not affect their upbringing,” she ruled.

Adeyiga, who resides at No. 3, Adeyiga Street, off Munirat Aleje Street, in Ikorodu had told the court that his wife was sleeping with different men.

“My wife does not take care of me any longer; she does not give me good food and different men come to sleep with her in our home.

“She frustrates me, slaps me and she also wants to kill me. I don’t want to die now, please separate us,’’ he pleaded.

However, the 55-year-old Sekinat, a trader, denied the allegations made by her husband.

She said that she still loved her husband and would want the marriage to continue.

“I beg the court to settle us. He has never caught me with a man. He always suspected every move to the extent that he smells my pants whenever I go out and come back.

“I want this court to settle this matter. I am not ready for divorce.’’

However, despite her plea the court went ahead to dissolve the marriage
Posted by Daniel Update at 11:10 PM