Members have been directed to return to their duty posts with effect from today.

The three unions, under the platform of the Joint Action Committee (JAC) commenced indefinite industrial action December 4, 2017, to protest the Federal Government’s failure to implement their 2009 agreement.

Other issues in contention bordered on non-payment of allowances, usurpation of non-teaching staff jobs by academic staff, disobedience of the National Industrial Court’s order on funding of staff schools as well as corruption in the university system, among others.

JAC Chairman, Samson Ugwoke, who addressed a press conference at NAAT National Secretariat in Abuja, yesterday, said government showed seriousness in meeting some of their demands with a specific time frame and referred to payment of earned allowances, visitation panels to universities in five weeks and staff schools as some area where government made commitments.

Ugwoke decried government’s penchant for not keeping to agreements, and added that the industrial action could have been avoided.

“We have, therefore, directed our members to resume work today. We, however, wish to state that the strike was only suspended and shall not hesitate to resume to resume the strike if government reneges on the agreements reached or delays in any aspects.

“We are resuming with one eye closed. We trusted government before and they failed. This time around, if they fail, the outcome and reaction will be grievous to the system,” Ugwoke stated.

The unions also appealed to their members to work hard, with more commitment towards covering up for what was lost during the strike.

They regretted the pains the strike had caused students and parents but added that their members were also victims of the action because their children also attend Nigerian universities.

Ugwoke further explained that government has five weeks to implement all issues agreed upon and that at the expiration of the period, all agencies of government concerned would converge on the Ministry of Labour and Employment, to report the level of compliance. 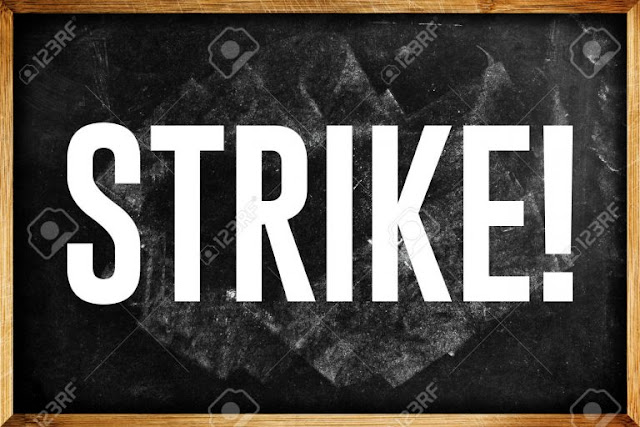 Posted by Daniel Update at 9:42 PM