Sergio Ramos left Real Madrid playing with 10 men for five minutes during their victory over Eibar on Saturday as the defender had to answer an urgent call of nature.

Ramos left the field to go to the toilet after 73 minutes at the Ipurua Municipal Stadium, with the match delicately poised at 1-1.

The Spaniard had been at fault for Eibar´s equaliser earlier in the second half, allowing Ivan Ramis to head in an equaliser from a corner.

But, with Ramos back on the pitch Cristiano Ronaldo headed in his second of the game as Real snatched a 2-1 win.

After the match, Zidane said: “Sergio went to the bathroom for a minute and then returned, nothing more.”

Real´s win in La Liga moves them to within four points of second-placed Atletico Madrid, who play at home to Celta Vigo on Sunday. 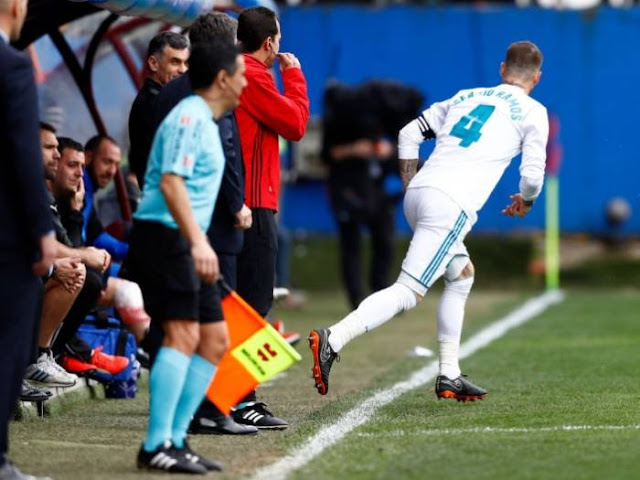