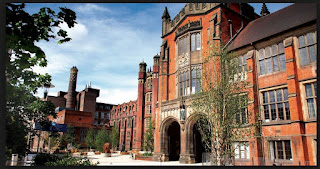 Newcastle University has devised a new means to get its unruly students living in residential areas to behave better, and that is by bribing them with cash.


The university, which has a reputation of being “Britain’s rowdiest university,” came up with the Best Neighbour on Campus schemes in a bid to counter the findings of a study that revealed that 10 per cent of anti-social incidents involving students took place in the city.

Criteria for winning the cash include keeping the street clean, not smashing bottles in the street and removing the bins of neighbours as well as their own.


Already, winners have emerged, as the university announced five students living in a house as the first set of students to win the £1,000 prize.


A student from the first house to win the £1,000 prize said some of the spoils would be spent on throwing a party.


Daily Mail reports that their neighbour said they kept the area tidy and took her bin in every Tuesday.


Newcastle University said the prize would be awarded where there is “evidence of students who have shown a demonstrable commitment to being ‘good neighbours.”
Posted by Daniel Update at 10:11 AM