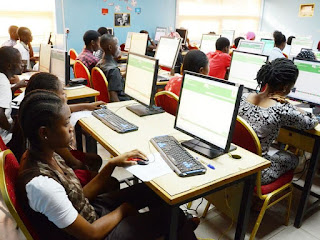 The Joint Admissions and Matriculation Board (JAMB) on Tuesday announced that the Direct Entry (DE) application, which began in December 2017, would close on June 4.


The Board’s Head of Media, Fabian Benjamin, made the announcement in an interview with the News Agency of Nigeria (NAN) in Abuja.

According to Mr Benjamin, over 140,000 candidates have so far obtained the forms online.

He said that the closure became necessary in order to avail the board to plan ahead for the 2018 admission process into various institutions.

“With the policy meeting coming up on June 26, which involves the Minister of Education and all stakeholders in the sector, the 2018 admission guidelines would be discussed and approved for the board.

“This includes both for the Unified Tertiary Matriculation Examination (UTME) and DE.


“Therefore, candidates who are still interested and want to apply for the DE should use the window period of seven days to apply, as no extension of date will be granted.”

Similarly, Mr Benjamin said that the board has released the results of the mop up examination conducted for candidates, who were rescheduled for the UTME on Saturday, May 26.

NAN recalls that the board had recently, conducted a mop up examination for over 12,000 candidates in some of its centres across the country.

This included those whose biometrics could not be captured during the initial period of the UTME in March, those who were yet to see their results and have not been involved in any form of malpractice.

Others included those who were unable to print out their e-slip before the earlier examinations and those whose centres were cancelled for suspected malpractices.

On the admission process, Mt Benjamin told NAN that the board frowned at some institutions that breached the constitutional guidelines for the entire process by making advertorials before the policy meeting.

He explained that all institutions must note that they are not to make any form of adverts for admissions into their schools until after the policy meeting.

According to the spokesman, this is because the meeting is the only authorised body that approves admission process for every preceding year.

“Advertising before the policy meeting is a violation and abuse of the entire process.

“They must recall that at the meeting, all proceedings, rules and regulations guiding the admissions are discussed and unanimously approved by all stakeholders.

“However, a list of institutions that breached this rule are being compiled by the board and to be forwarded to the appropriate body for sanction.”

Mr Benjamin added that in view of the above, those who intend to make admission adverts before the slated meeting, are urged to have a rethink and halt.

He also noted that the 2018 policy meeting of the education sector was coming early to allow institutions begin early admission.