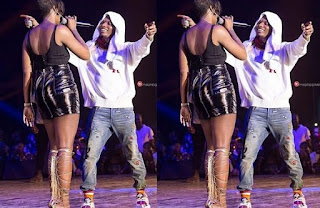 Nigerian songstress, Tiwa Savage and singer, Wizkid, in recent times, have been giving fans many reasons to believe they are in love and are actually in a romantic relationship.

It all started with them making banging hits together and now, it’s almost like they are inseparable as they go every where together.

Recall that recently, Wizkid made history when he sold out the 02 Arena in London and Tiwa Savage was by his side, as the Starboy called her ‘baby’ and referred to himself as ‘daddy’ as they openly displayed their fondness for each other. 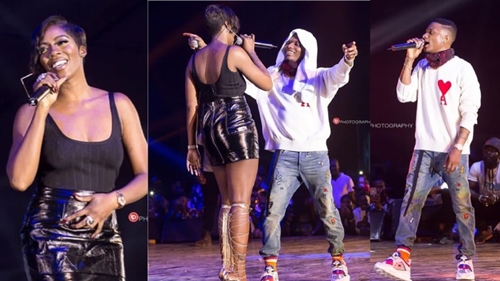 Meanwhile, in their latest performance together, the 38-year-old Tiwa and 27-year-old Wizkid took Accra, the Ghanaian federal capital, by storm on June 9 during the #GhanaMeetNaija concert, and there they were again showing their chemistry, not caring as fans gazed on.

Although, either of them are yet to confirm the dating rumours, actions do speak louder than words and in their case, it says they share a special bond which they are most likely acting on it. 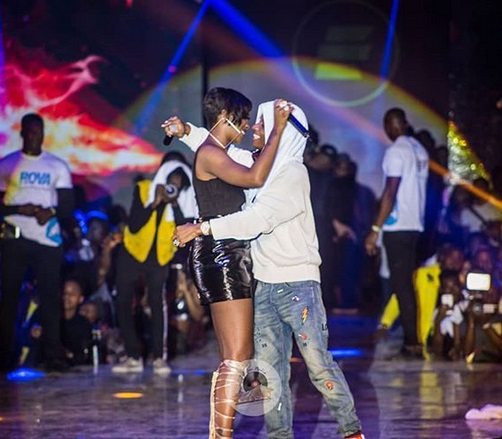 Many have started accepting that the duo might become the next Jay Z and Beyonce as they ride on their love boat to the very top of the entertainment industry in Nigeria.
Posted by Daniel Update at 10:01 AM