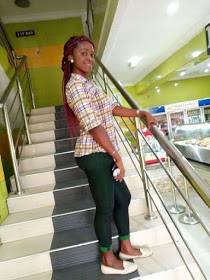 A young lady identified as Njoku Uchechi, was killed during a robbery operation near Diamond Bank at Suru-Alaba area in Lagos.

The deceased was shot in the head during an attack by two armed robbers after stepping out of the bank before they stole the money she withdrew which was reported to be about N150,000.


One of the armed robbers was caught by passersby as the other manged to escape...

The apprehended suspect was beaten mercilessly before he was set ablaze. The body of the deceased lady has been deposited in the morgue. 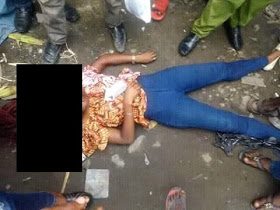