'I Cried...It Was Hard But I Had To Man Up' - Rema Speaks On The Death Of His Dad, Brother 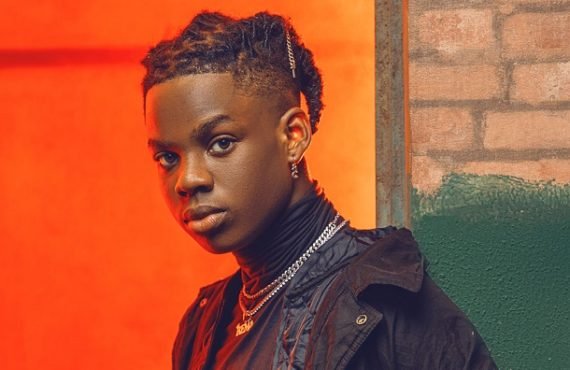 Rema Divine Ikubor, the Mavin Records-signed Nigerian singer who is better known as Rema, has recounted how things became tough for him after he lost his father and elder brother.

The talented singer gave the narration during a chat with Manny Norte on Capital Xtra, where he spoke majorly on his background and foray into music.

According to the ‘Bad Commando’ crooner, the loss of his dad and his brother brought an untold pressure on him to cater for his mother.

He added that he had to summon courage to brace the odds by taking up different jobs, including working at a beach in Ghana just to raise money.

Rema said that such tumultuous experiences in the past have significantly shaped his music career while also inspiring him to do more.

He attributed his success to his mother’s support, adding that such has kept him moving. He also said such support informed his decision to buy her an SUV while he was just 17 out of his savings.

“At some points, things got tough I had to man up. My past life has the same effect on my present being in the music and taking things forward,” he said.

“I had to work hard because I lost my father and my brother and things were left only to me. So, I had to put things in place. I did a lots of job like working at a beach in Ghana.

“Hard work got me my this shape. At first, it was really hard for me, I cried and was really sad. When I got back to Nigeria I had to appreciate my mum for being strong so I had to get her a car.

“I was tired of seeing her trekking everyday. She didn’t even have money to use a public transport or motorcycle. Even though I had no car of my own then, I had to buy my mum a car.”

On his foray into music, Rema said he took to studio upon his return to Nigeria, where he spent most of his time and savings.

He recalled it was during the time that he met Ozedikus, a producer, in August 2018, who vented his frustration on making ‘Dumebi’ — which later turned out to be a hit song.

The gifted singer went on to relish the impact he has had on the Nigerian music industry in less than a year, stressing such was indicative of his exploits to come.
Posted by Daniel Update at 8:14 PM