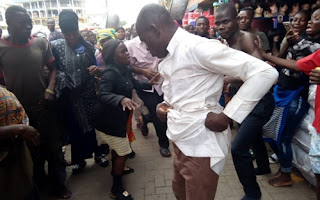 According to Ghanaweb, two envagelists fought in the market over the offering given to them while preaching in the market.


It was gathered that the two Envangelists, Samuel Kwame Boateng and Kwame Poku preached salvation in the market and while preaching, people drop offerings for them for the development of the ministry.


The offering however made the two Evangelists to rip off each other’s clothes and exchange blows.


This ugly incident happened on Wednesday at Kumasi Central Market in the Ashanti Region of Ghana.


An anonymous witness said : “This is a disgrace to them and their church. You can imagine people preaching the word of God to start a physical Battle in the Market. What are they teaching the people? To even say they are fighting over offerings means it is for their own pockets and not God.”


Speaking after the fight, one of he Evangelist, Samuel Kwame Boateng said: “my colleague insulted me, issued several threats and attempted to attack me physically. A woman in the market advised me to resist him from attacking and hurling insult at me.” 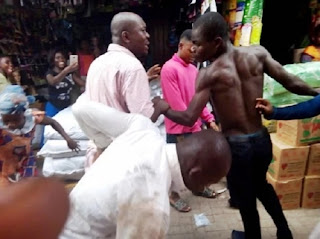 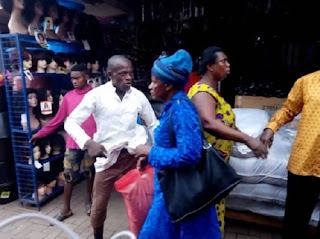