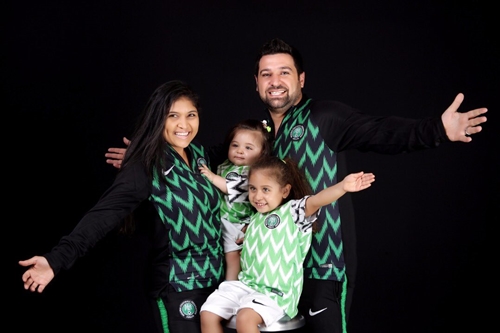 Abuja based comedian identified as Mohammed Jammal, popularly known as The White Nigerian, has taken to his social media pages to share some adorable photos of his family rocking the newly released Super Eagles World Cup kits in style.

He posted the photos which has since gone viral online and wrote; “Dear @thenff, We are behind you a 100%. Go for Gold!”

In another post, he hilariously wrote; “Proudly made in Aba. I bought this jersey 3 weeks ago and it looks as good as the one that Nike released yesterday.”

After noticing that he has turned to an internet sensation after he shared his adorable family photos, we said; “Confused on how wearing the Nigerian Jersey with my family made me more famous then my whole Entertainment career.” 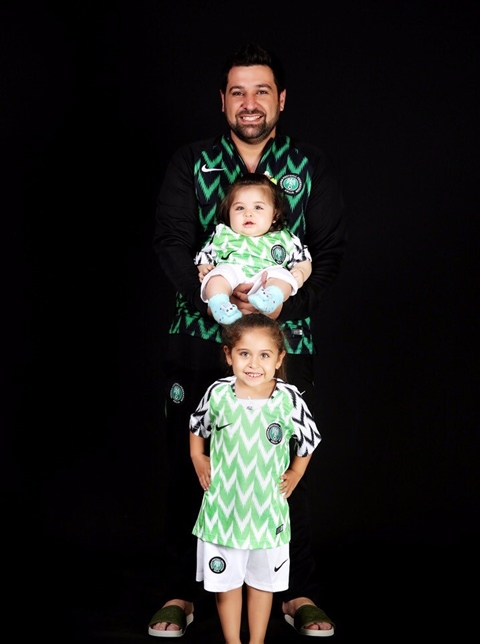 White Nigerian was reportedly born in the city of Jos in Northern Nigeria. He lived there all his life before he moved to London to study in 2006, where he completed both his undergraduate study in International Business and Masters in Global Management.

He moved back to Nigeria in January 2011 and is currently working as a Business Development Officer for an IT company. He also does shows part-time, both in Abuja where he lives and in Lagos. His last performance was at Lord of the Ribs with Basket Mouth at the Sheraton Hotel, Abuja. 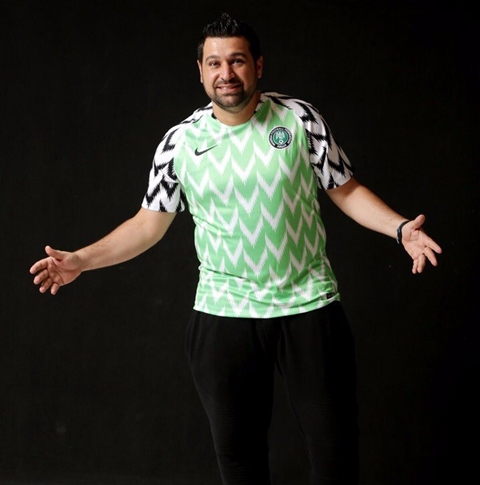 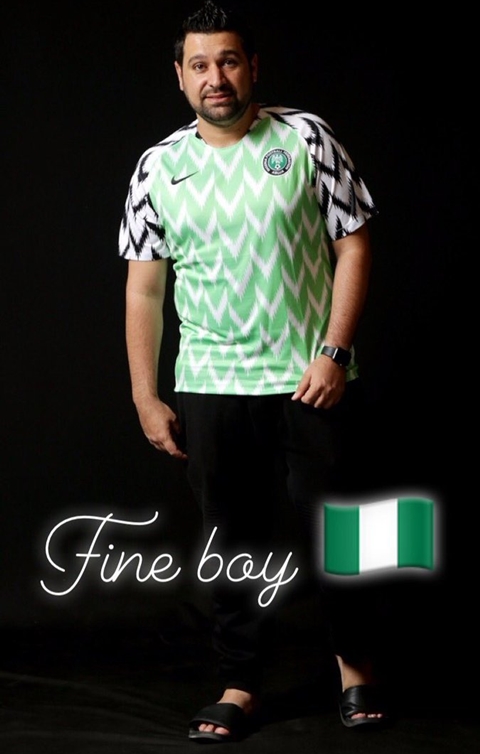