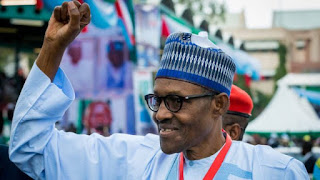 
They regretted that bands of killers, including herdsmen, now move freely with sophisticated weaponry to wreak havoc on lives and property.

The youths contended that the armed herders have killed more men, women and children in 2015, 2016 and 2017 than the figures claimed by the Boko Haram sect during its 12 years of violent campaign.

They declared that the Buhari administration had failed in the discharge of its primary responsibility of securing lives and property.

The groups expressed fear that the African continent and the entire world may not be able to cope with the consequences of a full-blown religious or ethnic war in the country, as the current trend portends.

They advised the president to liaise with critical stakeholders in convoking a security summit to deal decisively with the insecurity in the land.

The spoke at a two-day intensive meeting organised by the National President of Arewa Youth Consultative Forum (AYCF), Mallam Shettima Usman Yerima, after which a communiqué was issued yesterday in Kaduna.

Jointly signed by the convener, Yerima; National President of OYC, Mazi Okechukwu Iziogosoro; YYC leader, Eric Olawale; IYC President, Pereotubo R. Oweilaemi; on behalf of others, the communiqué decried the current situation in the country, saying it signals immediate danger and puts the nation’s democracy in jeopardy with the dire consequence of a drift to anarchy.

The groups therefore called on eminent citizens, leaders of thought, theological and cultural leaders and international friends to step in quickly to right the precarious situation.

Their words: “Clearly, the President Muhammadu Buhari administration has failed in the discharge of its primary responsibility of securing citizens’ lives and property. Consequently, we urge the president, as the chief security officer of the country, to liaise with critical stakeholders in the country to convoke a security summit within two weeks to decisively address the ugly situation.”

The meeting, according to the communiqué, became necessary in view of the scary figures quoted by various national and international bodies accounting for the lives lost to series of violent attacks in the last couple of years.

However, Vice President Yemi Osinbajo has maintained that the current administration is winning the war against terrorism. He noted that the Boko Haram sect had been contained earlier than expected.

Speaking at the weekend in Maiduguri at the opening of this year’s Nigerian Army Day Celebration (NADCEL), the vice president stated that the inactivity of the terrorists was a testament that the group had been substantially degraded for peace to return to Borno and other affected states in the North East region.

During the event, which held at the Kinasara Cantonment Monguno, Osinbajo held that the hosting of the event in Borno State was a proof that “the end of the Boko Haram terrorist group will come sooner than later.”
Posted by Daniel Update at 6:18 AM