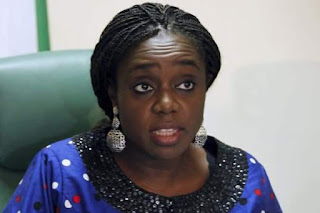 The National Youth Service Corps (NYSC) has spoken of the controversy surrounding the Minister of Finance Kemi Adeosun and her certificate of exemption from the NYSC program.

This issue has been bandied around the nation for the last couple of days and the reluctance of Adeosun to speak on the matter has gone on to increase the suspicion of people.

The NYSC, through its Director of Press and Public Relations, Mrs Adeyemi Adenike, responded to these allegations and said that according to their extensive records, Adeosun indeed applied for a certificate of exemption as she claimed.

In their statement, the NYSC said: “Our attention has been drawn to the issue of the alleged forgery of an NYSC Exemption Certificate by the Honorable Minister of Finance, Mrs Kemi Adeosun.

“Checking our records, Mrs Adeosun did apply for an Exemption Certificate.

“We shall investigate the origin of the purported Exemption Certificate in question.”

Adeosun has come under fire for most of her tenure as Finance Minister with many unconvinced with her work and her impact on the economy.

She was the finance commissioner in Ogun state between 2011 and 2015, under Ibikunle Amosun before joining up with Buhari as the minister of finance in 2015.
Posted by Daniel Update at 11:39 AM