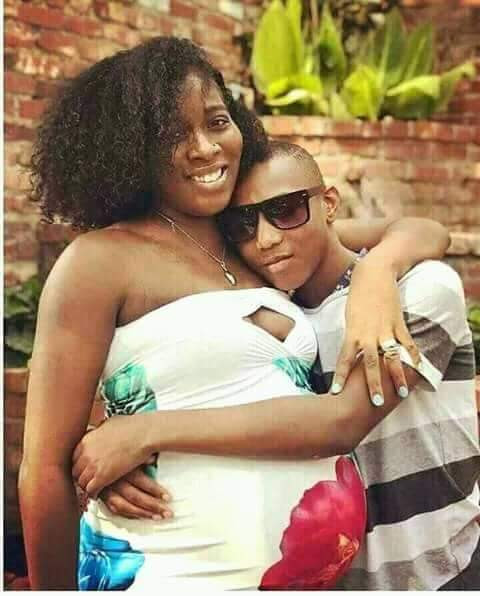 A Twitter user simply identified as @ObiLeonardo has taken to the platform to share photos of a 16-yr-old boy and a 33-yr-old pregnant woman.

They are both involved in a romantic relationship.

Here are loved up photos of the 16-year-old boy and his 33-year-old pregnant lover below: 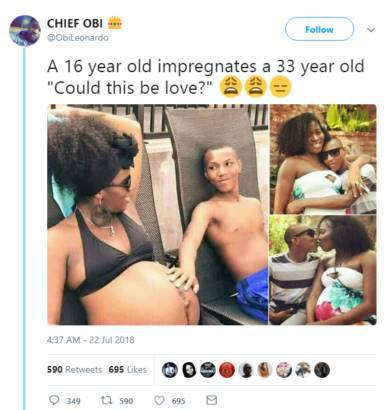 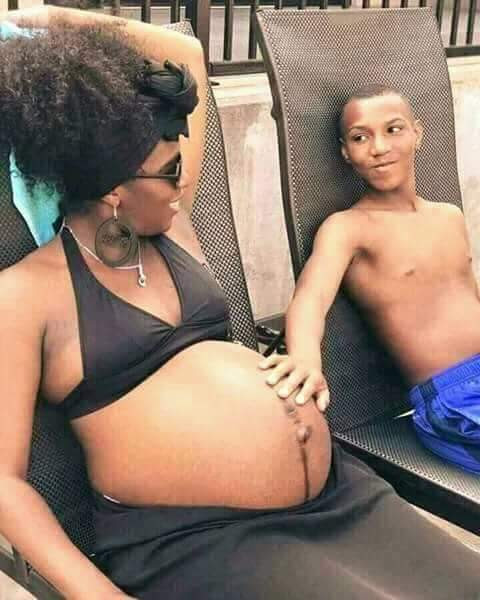 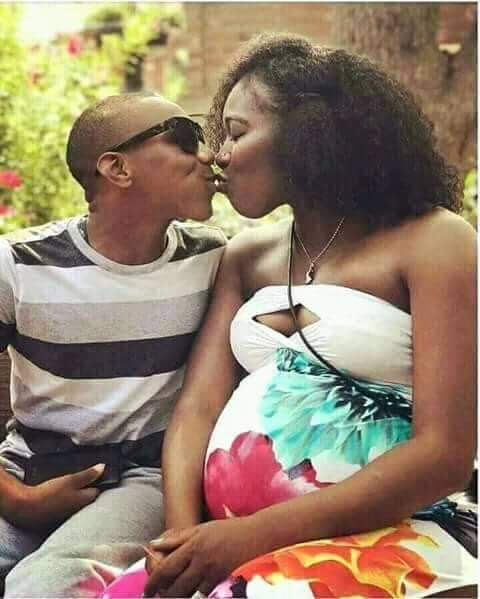 This is coming after a mom narrated how she got pregnant for a 16-year-old toyboy lover, who is almost half her age after meeting him on Facebook.

After seven months together, Kathleen discovered she was pregnant – and Jack ended up delivering their baby in the bedroom when she went into labour three-and-a-half weeks early.

Now their son, Jay, is nine months old, and despite the fact Kathleen already has two children from previous relatioanships, with only five years between Jack and her eldest, she said they all get along “really well”.

“We are just one big family now and it’s really lovely.

“When Jay gets older we will tell him how his daddy brought him into the world – and tell him what a good job he did.”

Kathleen admitted she did have reservations about dating Jack, who is 14 years younger than her and had only just left school when they met. She told how Jack’s mum Angela, who is eight years older than her, was “shocked” when she hear
Posted by Daniel Update at 6:31 AM