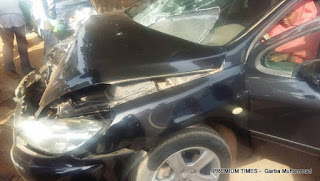 The Federal Road Safety Corps (FRSC) in Niger said that 162 people died in various road crashes in the state in the last seven months.

The Sector Commander of the corps in the state, Yusuf Garba, disclosed this in an interview with the News Agency of Nigeria (NAN) in Minna on Wednesday.

He said disobedience to traffic rules and regulations by road users was purely responsible for the accidents recorded.

The commander advised passengers to always caution reckless drivers in order to reduce road crashes in the country.

He said that the personnel in the corps outposts would continue to monitor vehicle drivers against dangerous driving.

“We have already embarked on a 24-hour patrol on all the federal highways to ensure safety of road users by enforcing traffic rules and regulations,” he said.