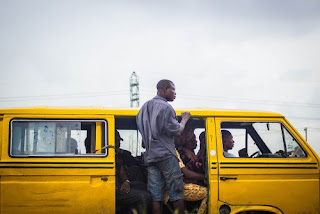 Two conductors on Thursday pleaded guilty to stealing a Volkswagen Faragon Bus when they were arraigned at an Ikeja Magistrates’ Court in Lagos.

Following their plea, the Magistrate, Mrs M. O. Tanimola, ordered that the duo to be remanded pending their sentence.

One of the accused, Azeez Muiz, 19, lives at No. 41 Mosalashi St., Iponri area of Surulere, while Lukman Adedokun, 20, is of no fixed address.
The duo are facing a two-count charge of conspiracy and stealing.


The prosecution alleged that the accused stole a Volkswagen Faragon Bus with Reg. No KSF866XA valued at N900,000, property of one Segun Ogunkoya.

The Prosecutor, Insp. Aondohemba Koti, told the court that the duo committed the offences on July 7 about 12.30 a.m. at No. 23 Alasalatu St., Mushin, Lagos.

Koti said that the accused stole the bus while the complainant was fast asleep at his residence.

“The complainant discovered that the accused had stolen the vehicle where it was parked after he came out to ease himself.

“The accused were caught by the security guards in the area and handed them over to the police,’’ he said.

The offences contravened Sections 287 and 411 of the Criminal Law of Lagos State, 2015 (Revised).