95% of NYSC members die due to road accident – DG 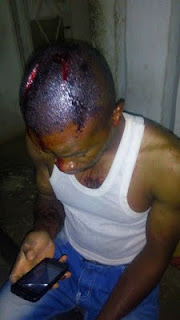 The National Youth Service Corp (NYSC) says 95 per cent of deaths recorded by serving Corps members is due to road accidents.

“Several serving corps members have been embarking on unnecessary journeys that led to their death.

“From the records before the Directorate, several corps members have lost their lives, while on fruitless journeys.

“Several serving corps members had been involved in road accidents due to the poor nature of Nigerian roads.

“For several years, Nigerian roads are death traps and corps members should only embark on necessary journeys.

“I am calling on serving corps members that have concrete reason to travel to always seek the permission of NYSC officials,’’ he said.

Kazaure called on serving corps members to always patronise government hospitals if they were sick.

Sanda said that so far, 2, 076 corps members had registered for their orientation in the state and advised them to participate activity in all the orientation programmes.

She commended the Katsina Government for proving lots of assistance to the state NYSC. (NAN)
Posted by Daniel Update at 10:50 AM