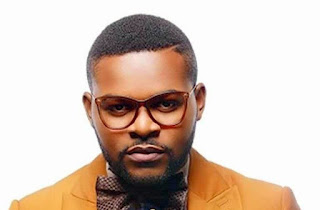 Nigerian singer, actor and presenter, Falz, has reacted to the NBC ban on his song ‘This is Nigeria’ which they say contains vulgar words, by threatening to sue the agency.

This is coming a day after he shared a letter which revealed that a Radio Station in Jos was fined for playing the song.

Moslem group, MURIC, had first stoked the flames of discord when they called for the ban of the song by claiming some ladies in hijab were dancing Shaku Shaku and they believed it was against the Islamic religion.


Their pleas faded into oblivion, however, NBC have decided to pick up from where MURIC stopped by banning the song.

The agency said:
“This is Nigeria, look how we living now. Everybody be criminal,” stating that it made the song vulgar and it was in contravention of Section 3.6.1 and 3.13.2.2 of its constitution.

Falz who revealed that he felt it was ridiculous for the commission to ban the song, argued that there is no vulgarity in the song but it’s a socially conscious piece of art which addresses the present ills and vices in the country.

In his Interview with Saturday Beats, Falz said;

“There is absolutely nothing vulgar about the song and I think it is ridiculous that the Nigerian Broadcast Commission singled out the least vulgar line in the song and ascribed it to be the reason they banned the song. It is a very simple and clean song. The only thing is that I was very blunt about the way I talk about things. I do not know maybe some messages in the song hit them and that is the real reason they banned the song. The line was, ‘This is Nigeria, look how we living now. Everybody be criminal.’ If they ban this song, then I do not understand them because that song is definitely not a vulgar song.”

He also stated that he he does not know if there was any conspiracy to ensure that the song never enjoyed airwaves, but he was aware that the song could have hit some nerves of certain people. Falz added that his lawyers will be investigating why his song was banned.

“I do not know if the fact that some group wanted me to retract the song is linked with this new development but I know that there were a lot of messages in the song and it is hitting a lot of people in the wrong places and that is what is making them react in that manner. However, there was absolutely no basis for the NBC to ban that song. I am going to have to write to them through my lawyers to find out what is really going on. When I find out the reason behind the ban, I could ask them to lift it if need be and if they do not adhere to my request, I might have to seek legal redress,” he said.
Posted by Daniel Update at 11:33 PM