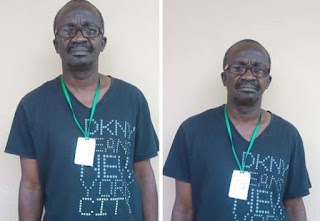 
The journey to the dock for the defendant followed a petition to the Commission from one pastor and founder of a new generation church (name withheld) alleging that sometimes in 2013 the defendant, Abiodun Adeyemi Faseyitan approached her and presented himself to her and the entire members of her church as a senior staff of the Economic and Financial Crimes Commission, EFCC. According to the petition, the defendants promised to assist members of her congregation to secure Federal Government jobs, purchase vehicles that are on auction sale in the EFCC and also use his connection in the Commission to assist them to travel abroad. It was further alleged that based on the above promises, the defendant fraudulently collected the sum of N2,477,500.00 (Two Million, Four Hundred and Seventy Seven Thousand, Five Hundred Naira) only from her and several Millions of Naira from members of her church. When they discovered he was not genuine, they made efforts to recover their monies back but seemed abortive.

Justice Abimbola however, ordered the defense to present a formal application for bail. Meanwhile, the defendant shall be remanded at the Federal Prison, Agodi, pending the hearing and determination of his bail application. The case is adjourned to 7 September, 2018 for trial.
Posted by Daniel Update at 8:29 AM