My husband beats me a lot, please separate us – wife begs court 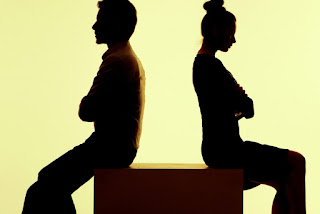 Mrs Riskat Abdulsalam, a mother of two, on Thursday asked a Mapo Customary Court in Ibadan to dissolve her 12-year-old marriage with her husband, Taiwo Abdulsalam for wife battering.

Narrating her ordeal, Riskat who lived at Bodija area of Ibadan, said that her husband had become so used to beating her to the extent that he rendered her incapacitated as she could no longer walk on her legs.

“Taiwo has subjected me to untold physical, psychological and emotional torture and the latest is the reason why I chose to part ways with him.

“After I left his home on Sept. 8 2017, he met me at Molete area where he violently pushed me into a ditch and I lost my two legs to that singular push.

“Medical doctors told me that I might never be able to use my legs to walk normally again and that is why am on clutches now.

“Taiwo beats me every now and then on simple matters and even starved the children and I of food.

“Whether he is responsible or not, I pray this honourable court to give me custody of the two children, because he has not got what it takes to cater for them,” Riskat said.

The respondent, who admitted the divorce suit, however, denied all the allegations leveled against him.

Taiwo, a businessman, said that his wife lacked patience, adding that she was the sole cause of her predicament.

“My lord, Riskat is not ready to endure with me in any bad situation. Whenever there is little or nothing, she comes with her problems.

“However, I give her more than enough anytime I am buoyant, including the children.

“In fact, I have pleaded with her over and over not to leave me, but Riskat cursed herself that she would prefer to be afflicted with tragedy than to come back to my house.

“I even invited some Islamic clerics to intervene, but she remained adamant,” Taiwo explained.

Chief Ademola Odunade, President of the court, advised the duo to consider the implication of their action on their children by allowing peace to prevail.

Odunade adjourned the case till Aug. 16 for judgment. (NAN)
Posted by Daniel Update at 11:55 AM