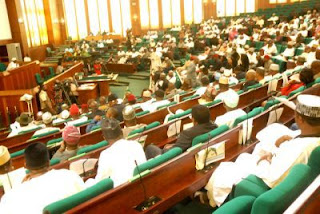 The Peoples Democratic Party (PDP), and All Progressives Congress (APC), on Wednesday lost a member each, at the House of Representatives.

The lawmakers are Hassan Omale (PDP/Kogi), and Muhammad Soba (APC/Kaduna).

Omale, who represents Ankpa/Omala/Olamaboro Federal Constituency, told his colleagues that he had left the PDP for the African Democratic Congress (ADC).

“I wish to inform the Speaker and the entire members of the House that I have resigned from the PDP to African Democratic Congress (ADC) with effect from Oct. 17, 2018,” he said.

Omale conveyed his defection in a letter read by the Speaker, Mr Yakubu Dogara, at the plenary in Abuja.

Similarly, Soba, who represents Soba Federal Constituency in Kaduna State, announced his departure from the APC, but said that his next destination would be announced soon.

Dogara, while announcing the defections, cited relevant sections of the constitution to justify their actions.

The Speaker said that Soba, in his letter, attributed his action to an injustice he allegedly suffered during his party’s primary election.

The News Agency of Nigeria (NAN), reports that Omale had defected from the APC to the PDP, along with 31 others, on July 24.