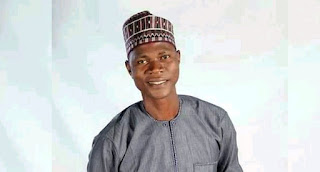 Conflicting reports have emerged following an attack on a member of the Ekiti State House of Assembly, Michael Adedeji.

Adedeji was attacked by yet to be identified persons on Friday while he was travelling to Akure, the Ondo State capital.

While some sources claimed he was shot in the head, the Ekiti State Police Command gave a different account.

According to the Police Public Relations Officer, Mr Caleb Ikechukwu, findings by the Command revealed that the lawmaker was attacked with a machete on his head.

The Speaker of the Ekiti State House of Assembly, Mr Adeniran Alagbada, condemned the attack on the lawmaker.

Alagbada called on the police to thoroughly investigate the incident and ensure that the perpetrators were brought to justice.
Posted by Daniel Update at 10:02 AM