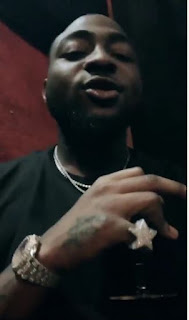 Davido was seen smoking and drinking after a controversial blogger, Kemi Olunloyo posted on Twitter claims that his publicized relationship with his girlfriend, Chioma has hit the rocks.

The father of two seems unconcerned about the rumors which have dominated the Nigerian blogosphere.


Kemi Olunloyo, mocking Davido wrote: "#HNNGossip Sad month for Davido. Remembering his late friends especially the murdered DJ and his pal Chime, his uncle losing that crazy #OsunDecides, his NYSC camp so shitty and Chioma breaking up with him. Never put your lover in a music video. #Pray4Davido sha"

The pop star who is also popularly called Omo Baba Olowo who seemed unfazed by the rumors was seen in his usual ecstatic self-indulging in alcohol and puffing on some unknown substance. 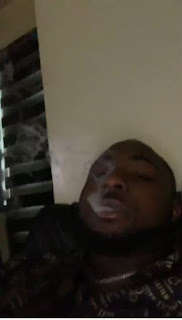 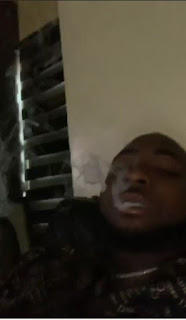