Mikel not a must in Eagles – Ikpeba 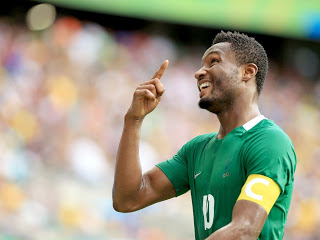 Gernot Rohr’s decision on player selection has been apt, including leaving out captain John Obi Mikel again, according to ex-Nigeria international Victor Ikpeba.

On Monday, Rohr named a 23-man squad for the African Cup of Nations qualifiers against South Africa and Uganda friendly and the Tianjin Teda midfielder was a notable omission.

Mikel has yet to return to international duty ever since captaining the country at the 2018 World Cup in Russia.

While prior omissions had uncertainty about the former Chelsea player’s fitness, this, however, seems way off it as the 31-year-old was on parade for his club Tianjin Teda on Sunday, scoring one of their goals in another loss.


However, Ikpeba does not see it as an issue, trusting Rohr with his judgments.

“Mikel is not a must in Eagles. I understand the coach,” Ikpeba said on Monday.

“Mikel has been a fantastic player for the national team for more than a decade. And I understand that the skipper and the coach have a great relationship but we don’t know why he was not invited.

“But this is great for the team and great for the young set of players that they can do without Mikel and without Victor Moses. The team has been brilliant without them and the coach has been apt with the decision,”
Posted by Daniel Update at 12:11 PM