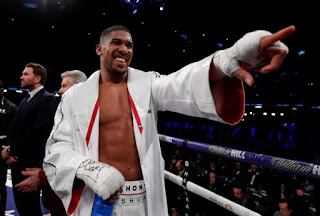 The 12-year old list, which was unveiled on Tuesday, annually features UK’s top 100 people of Black or Carribean heritage who use their positions to positively influence the love of others.


The Powerlist is chosen from a list of nominees by a distinguished panel chaired by a former high court judge. The panel also includes a Queen’s counsel and leading professionals in business and the arts.

The nominees are judged based on how influential they are among their immediate sphere of expertise and how far that influence reaches into the wider world.

Reacting to the honour, Abudu said, “The Powerlist is the most authoritative recognition of black influence in the UK. Therefore, I am honoured and humbled to be included.

“It is nice to know that those of us who return home to make our contributions are not being overlooked.

“This publication is sent to schools and universities all over the UK. So I hope that my story can influence even one child to follow their dreams,” Abudu said.


NAN reports that Abudu was born in the UK and had a successful career in human resources management before she returned to Nigeria to begin, first a career in banking before veering into media entrepreneurship. (NAN)
Posted by Daniel Update at 11:06 AM