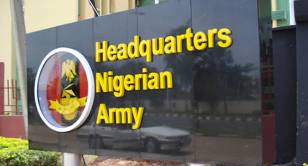 The Nigerian Army has given an account of military losses in recent weeks to Boko Haram terrorists following recent attacks on military locations in Borno State.

Brigadier General for Chief of Army Staff, Sani Kukasheka Usman said on Wednesday that in recent weeks, troops deployed in the North East of Nigeria under Operation Lafiya Dole have come under series of attacks by large numbers of Boko Haram terrorists.

“One of the Nigerian battalions (157 TF Bn), deployed under the auspices of the MNJTF was attacked at their Base on the outskirts of a town called Metele on 18th November 2018.

Usman, however, vowed that all necessary support will be rendered to the MNJTF to reverse the resurgence of the Boko Haram Terrorists.

He added that Nigerian troops deployed at Kukawa, Ngoshe, Kareto And Gajiram also came under attack at different times within a two-week period from 2-17th November 2018 and 16 soldiers was killed in the course of the attack.

“A total of 16 personnel were killed in the course of these attacks while 12 soldiers were wounded in action and are receiving treatment at our military medical facilities.”

The Nigerian Army, however, commiserate with the families of the slain officers who paid the supreme price in the course of defending their fatherland.

“The sacrifices of these fallen heroes will not be in vain. We also wish all those wounded in action speedy recovery and assure them of our continued support and care,” Usman said.
Posted by Daniel Update at 11:02 AM