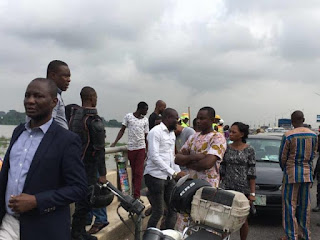 A yet-to-be identified man left many in serious shock this morning in Lagos after he parked his vehicle on third mainland bridge and jumped into the water.

It was gathered that the unidentified man parked the vehicle which he was driving, and which had other occupants, on top of the bridge, with the excuse that he wanted to ease himself.

To everyone’s surprise, he was said to have just jumped over the railings of the bridge into the lagoon.

According to reports, the Marine Police, Lagos state government rescue boats and local divers have recovered the body of the jumper in the lagoon after RRS riders got to the scene almost immediately and radioed for assistance.

The incident has cause a heavy traffic gridlock in the area. 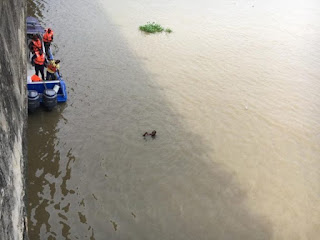 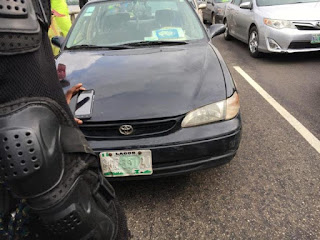 Posted by Daniel Update at 6:44 AM