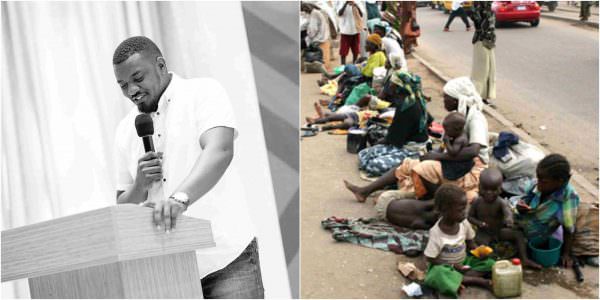 Ghanaian actor John Dumelo has stated that he would rather give his tithe to the needy rather than drop it at the church, Yen Ghana reports.

According to him, his decision is borne out of the fact that the needy “need it more” than the church does. Tithing is one of the most controversial topics among Christians in the 21 Century, as many disagree on how it should be given.

In fact, there are even some churches that do not believe in the process of tithing and insist on not paying their tithes.

John Dumelo has opted to better the lives of needy people;

something that can invariably change the world we live in.
But go and read the replies from Christians…. Humans are overrated

Dumelo, though, appears to believe in tithing but says he often gives his to the needy rather than to the church.

In a Twitter post, which he has since deleted, the star actor said he doesn’t know if his actions are wrong but believes the needy need such monies more than the church.


“I give my tithe to the needy most of the time. I think they need it more than the ‘church’. I don’t know if it’s wrong,” he wrote.