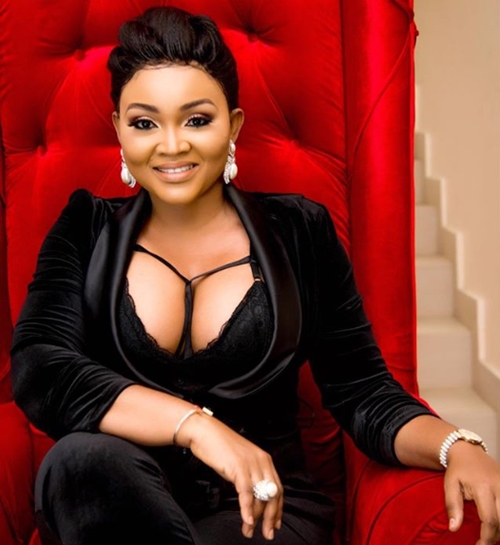 While speaking in a recent interview with Legacy TV at an event, Nollywood actress, Mercy Aigbe, revealed that she's still married, few months after the highlighy publicized case of domestic violence that rocked her marriage.

Following the incident, there were rumours that she was now separated from her estranged husband, Asiwaju Lanre Gentry. But it seems all that is not true.

The beautiful Yoruba actress who was asked what her current relationship status is, stated boldly that she's still married.

It is unclear whether she meant that all between herself and her estranged husband, has been forgiven or if she's still legally bound to him, pending when they get an official divorce.

Recall that the entire internet was moved to pity when the reports of Mercy being brutally beaten by her husband flooded social media.

Mercy and her now estranged husband had been married for seven years.
Posted by Daniel Update at 9:34 AM