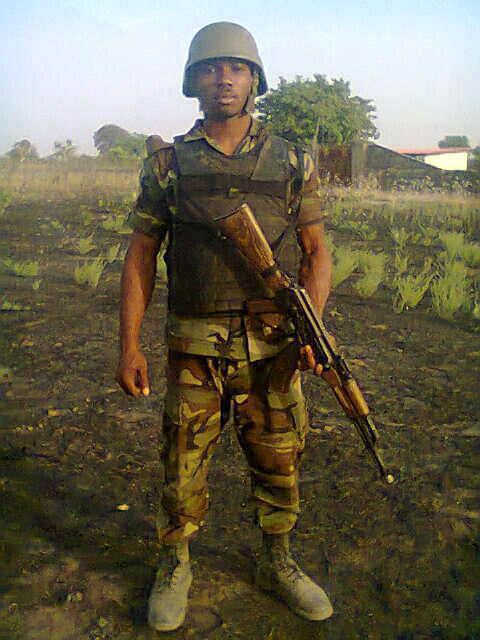 The gallant soldier, Gboy Nick
A gallant Nigerian soldier, Gboy Nick who survived the Boko Haram attack which left over 100 troops dead and many others injured in Metele, Guzamala Local Government Area of Borno on Sunday, November 18th has shared details of how he escaped.
His friend on Facebook, Barrister CJ shared the epic tale.
According to him, the soldier identified as Gboy Nick was said to have finished his bullets during shootout with Boko Haram – with about five terrorists fast approaching his location.
It was gathered that the soldier became confused and could not run to avoid being gunned down by the insurgents. 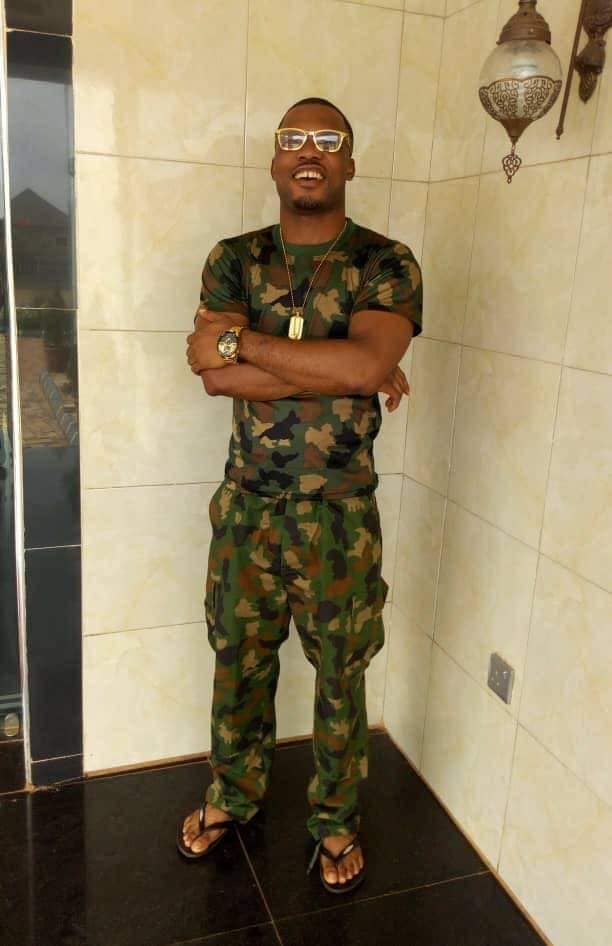 He was reported to have hidden under a trench and brought out his jack-knife to defend himself while waiting for his fate.
The soldier reportedly used the knife to stab and kill one of the Boko Haram insurgents who unknowingly came close to where he hid before he collected his rifle and continued in the fierce shootout.
Gboy purportedly gunned down four of the remaining terrorists before fleeing to a far distance where he joined some of his colleagues who had already escaped.
According to Barrister C.J, the soldier is back and has promised to show some love to his Facebook friends as a way of appreciating his survival. 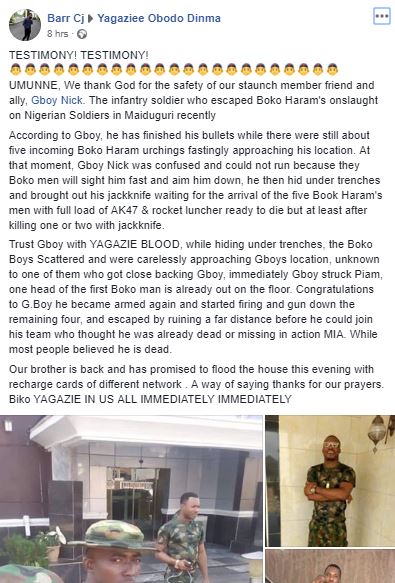