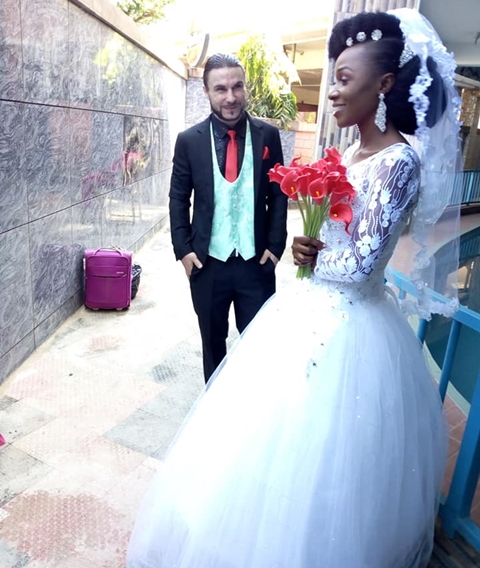 Chestnut and his bride, Leah
An Oyinbo man who recently proposed to his Nigerian sweetheart at the airport immediately he arrived the country and met her for the first time, has tied the knot with her in the city of Jos, the Plateau state capital.

Recall that the Oyinbo man, who was identified as Christopher Chestnut on Facebook, who was visiting Nigeria for the first time, went on one knee to propose to his woman, and moments after their proposal story hit the internet, pictures of their pre-wedding shoot followed.

On Saturday, November 24, Chestnut and his bride, Leah Athaliah Amishe finally walked down the aisle. 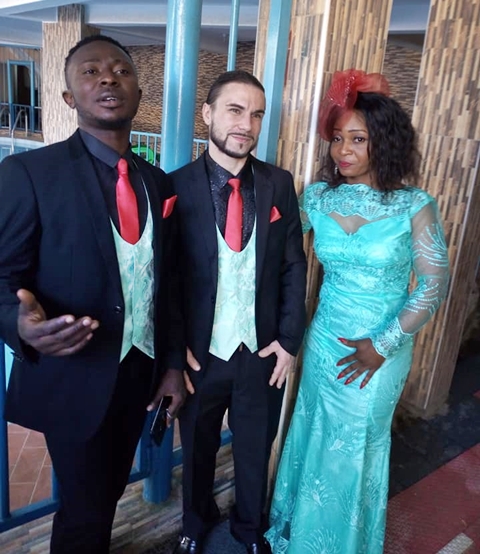 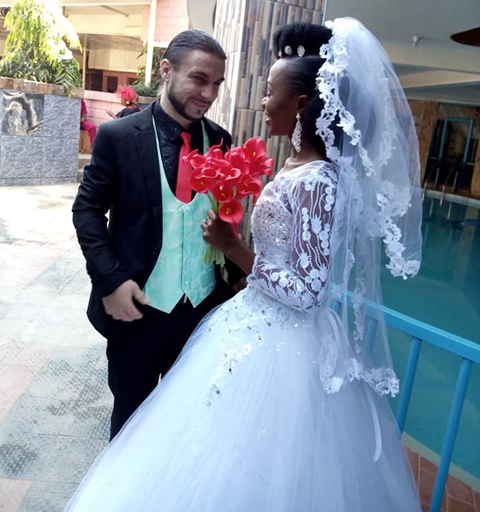 Posted by Daniel Update at 4:36 AM