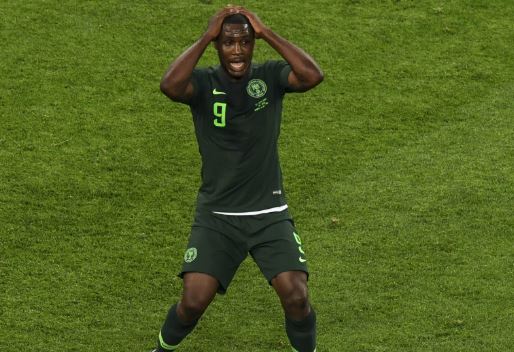 
Odion Ighalo, a Super Eagles striker, has been ruled out of the Africa Cup of Nations (AFCON) qualification game against South Africa, TheCable reports.

The five-goal hero in the two-legged AFCON qualification games against Libya in October was stretchered off the pitch in the 16th minute.

Ighalo disclosed to TheCable that it’s a hamstring injury.

“I pulled my hamstring,” Ighalo said.

The extent of his hamstring will be determined after a scan which will be carried out later.

The Super Eagles will take on the Bafana Bafana on November 17 in Johannesburg.

It takes up to three weeks for a player to recover from a hamstring injury.
Posted by Daniel Update at 2:20 PM