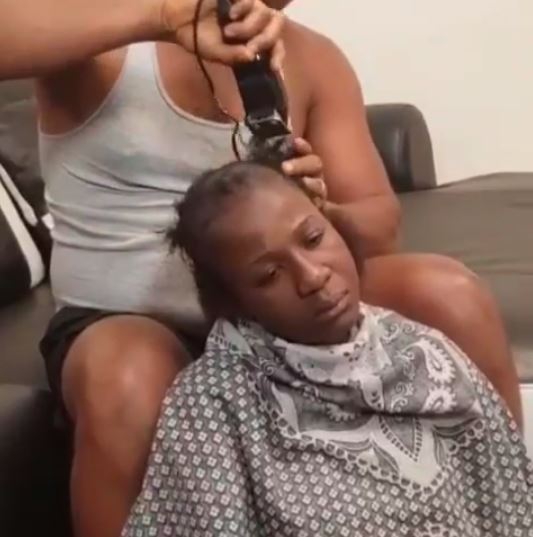 Doyin having her hair cut for the movie


The award winning filmmaker and actress, Doyin Amodu has gone the extra mile to go bald in order to tell a story of Cancer patients.

Her latest production, Imagination, explores the effects of cancer in the lives of people and how together we can all fight this life altering diseases.

According to the producer who is currently doing film studies in London Southbank University in UK, the theme of the movie is timely because cancer has become a worrisome sickness globally. 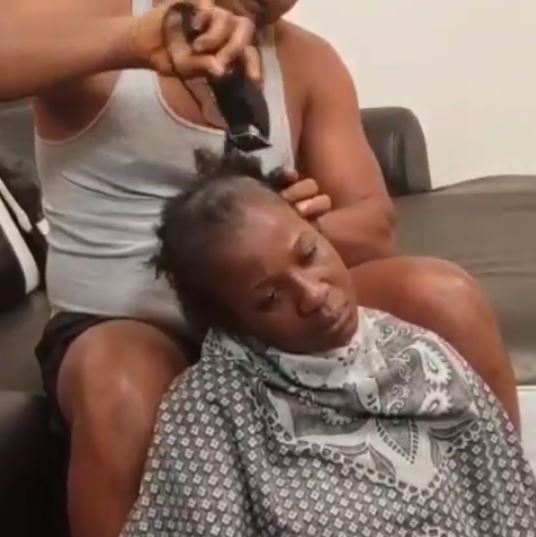 “Since it is a terminal sickness, the victims need to be encouraged and not stigmatized.

"For those reasons, IMAGINATION is produced and dedicated to all victims of cancer worldwide. I shaved my hair as a reaction from one of the cancer treatment called chemotherapy.

"In filmmaking, there should be believability in the interpretation of script. And in order to make that particular plotline a reality, I must shave my hair so that the audience can empathize with the character and also to encourage other cancer victims going through such, to know they are not alone,” she stated.

With its high budget, Imagination is a movie that will resonate with the audience as it also parades great casts in the likes of Jide Kosoko, Rykardo Agbor, Femi Adebayo, Toyin Moore and Funmi Ogidan-Bello, Madra Ezie, Rotimi Aberuagba, Abike Omolola Olagoke and the actress-producer, Doyin Amodu.

Doyin Amodu is a filmmaker who has been in the industry for more than twenty three years. She produced her first movie , Oja Okunkun as a fresh graduate.

Speaking on her choice of the theme, she added, “As a filmmaker, I am only interested in any topical issue that is negatively affecting my society. This was evident in my last film titled Omoye My Son where I treated Post Traumatic Stress Disorder (PTSD), where a father lost his son to the cold hands of death”.

Posted by Daniel Update at 6:38 AM