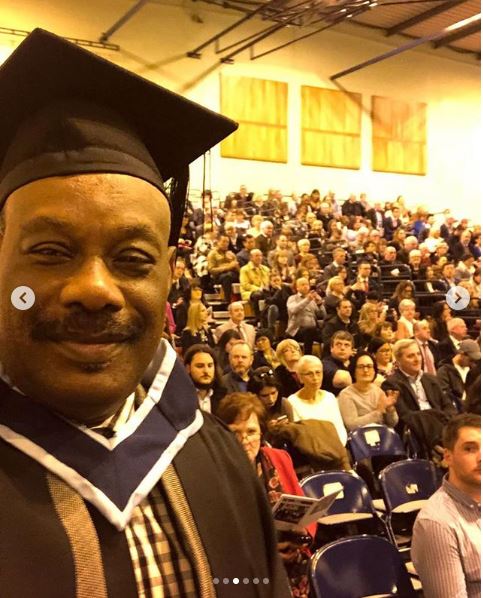 Don Jazzy's father, Mr Collins Enebeli is now a graduate. He graduated recently after studying for four years in Ireland.

Mr Collins Enebeli studied at the Dundalk Institute of Technology, Ireland, for a four-year course and is now grateful for achieving the feat.

Don Jazzy shared the news on Instagram and followed up with photos of his father in his graduation gown. According to him, his father just graduated with BA Hons in Film and Television production.

He asked his fans to help in congratulating the older man.

He wrote: "Everybody plssss help me congratulate my super dad @MAVINgrandpa as he just got his BA Hons Film and Television production.

"I am soooooo proud of you dad. 4 years of learning at this age is not beans. But you did it and did it well. You have set an example for me to follow. 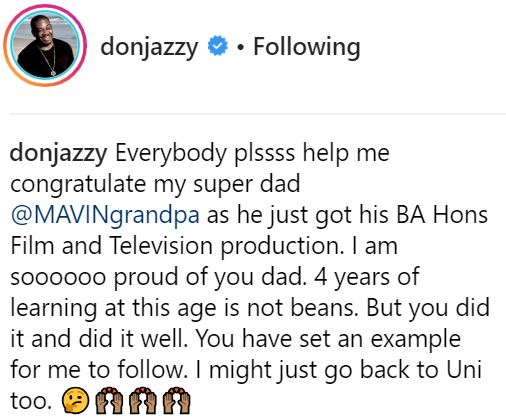 Below are more photos of the man as shared by Don Jazzy: 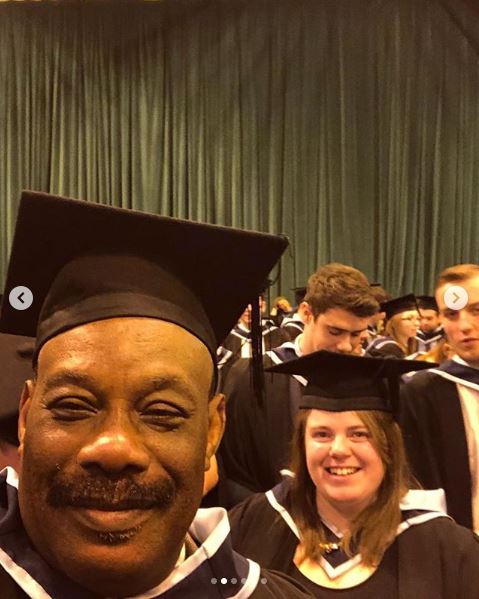 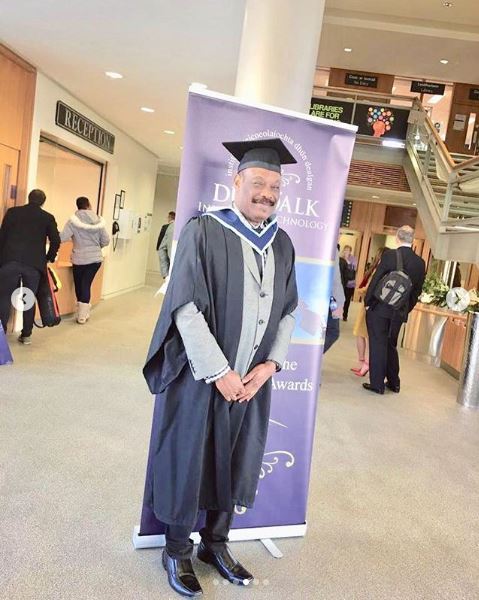 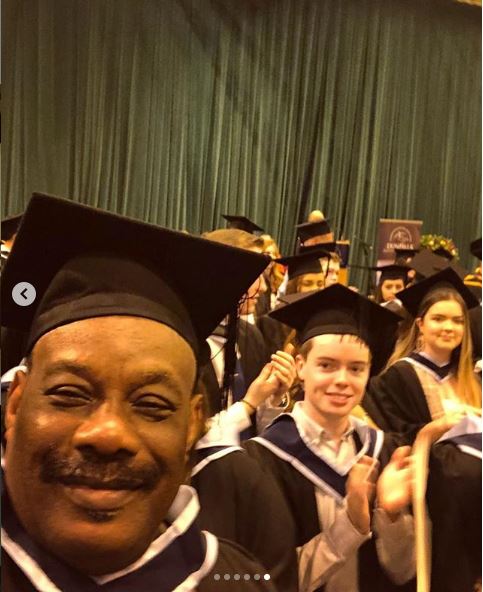