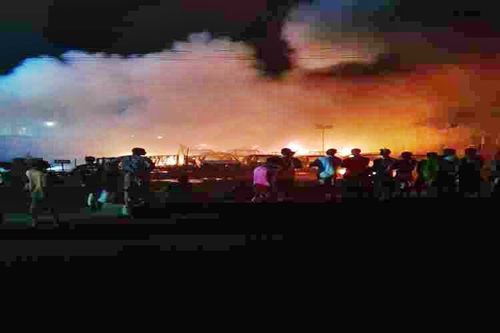 Scene of the incident


Residents of Awori community in Abule Egba area of Lagos State, woke up this morning to witness a massive explosion from a Premium Motor Spirit pipeline, which was reportedly caused by residents who allegedly broke a pipeline and trying to scoop the petroleum product.

According to online reports, about five casualties had been reported. Among the five, there are four with minor cases and one person seriously injured, as they have already been taken to an undisclosed hospital for more intensive care. 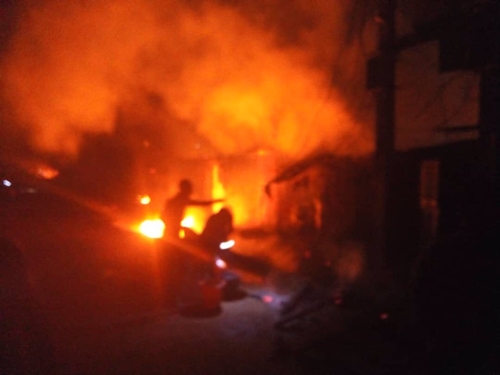 Other casualties were said to have been discharged as the fire continue to raze houses behind Tantalizers, Wema Bank and former Mobil/Mr. Biggs Abule Egba.


“The impact resulted in inferno as it ravaged several houses and cars at the incident scene. Lagos Fire Servicemen and LRU firemen are on ground to combat the inferno in order to curtail the further spread to adjoining buildings and also the nearest Filling station,” according to a situation report.

Details later...
Posted by Daniel Update at 5:24 AM