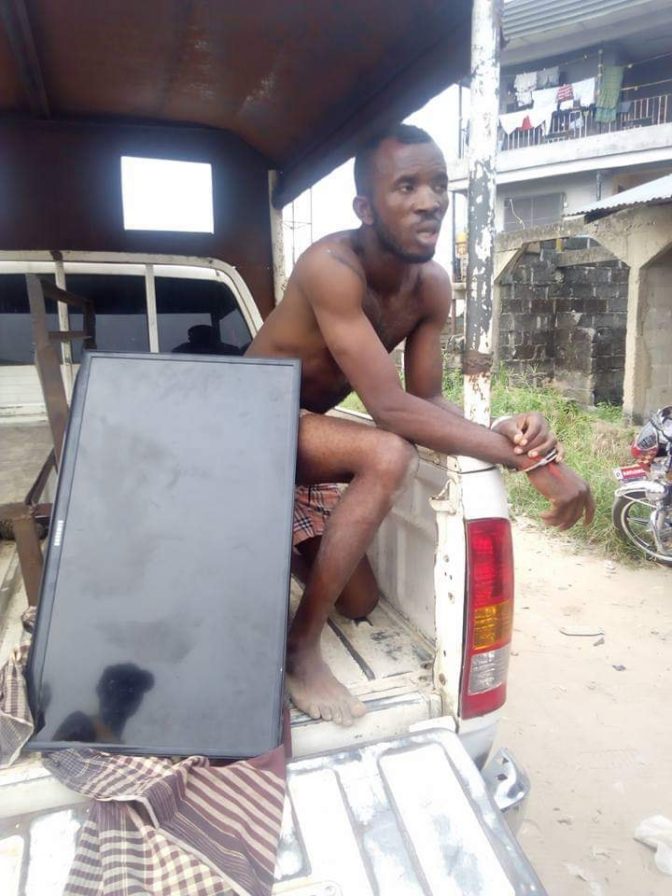 The thief after he was caught
A man has found himself in serious trouble after he was caught stealing a plasma television set from a bar in Delta state.
The who is now in police custody was reportedly gained access to the bar through the ceiling after breaking it. He allegedly stole a 32 inches plasma TV and was apprehended by vigilante members before he could flee.
The suspect was immediately handcuffed and the stolen item recovered.
He was taken to the police station by the security operatives for prosecution. 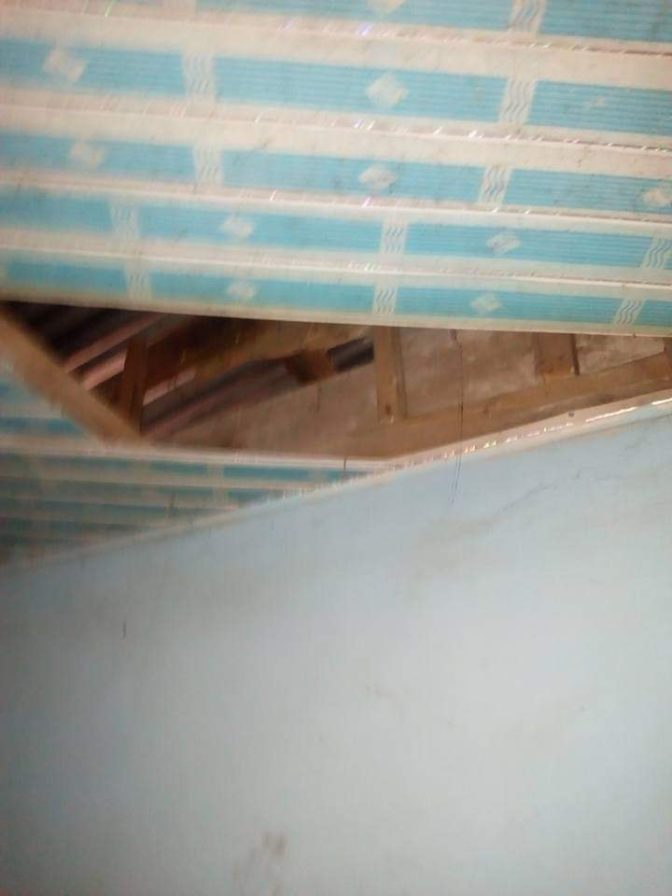 Posted by Daniel Update at 6:55 AM