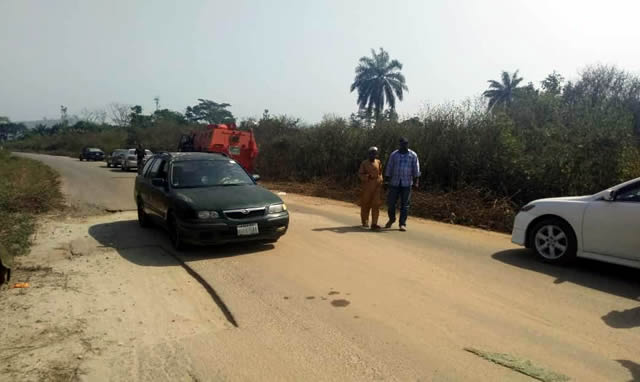 (File photo: Scene of the incident)
Four workers of Osun State College of Technology, Esa Oke, abducted by suspected Fulani herdsmen have been released, according to Punch.
Spokesperson for Osun police command, SP Folasade Odoro, confirmed the release of the victims Friday morning.
According to earlier reports, five staff of Osun State College of Technology, Esa-Oke have been abducted by some kidnappers and one of them was killed by their abductors on the spot.
Posted by Daniel Update at 6:47 AM