How I Will Tackle Gridlocks, Fix Bad Border Roads In Lagos – Sanwo-Olu 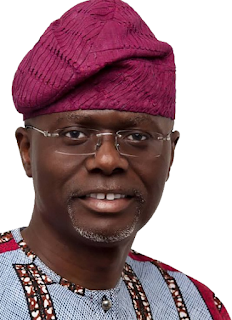 The governorship candidate of the All Progressives Congress (APC), Babajide Sanwo-Olu, has revealed some of his plans including tackling the challenge of gridlocks and bad border roads if elected Lagos State Governor in the 2019 elections.

Sanwo-Olu said this on Wednesday during an interview on Channels Television breakfast programme, Sunrise Daily. He noted that if elected governor, he will solve the challenge of gridlock in Lagos by putting in place various measures both simple and complex.

“I have come up with five levels of plans called the five pillars. The first one is traffic management and transportation, we are going to be heavy on that. I have done a study in the last six weeks, people have complained a lot about traffic management.

“We have identified a lot of gridlocks that we are going to be solving. Some are very easy to solve while some are very humongous. We will put in structures as little as reducing roundabout, putting traffic lights, to difficult measures as physically taking away somethings that are impeding traffic.

“Traffic and transportation is one of the pillars, the next one is what we call environment and health,” he said.


He also revealed the plan to eliminate bad border roads, especially between Lagos and Ogun State.

According to him, one of the major bad border roads which will be fixed is the Lagos-Badagry expressway which he described as a West African transnational road.

“One of the major plans we have is the Lagos-Badagry express road which is not just an intercity because it cuts across Agbara and going towards the Seme-border. It is also a West-African transnational road. The road is such an important corridor that we are going to fix.

“Regarding all other state border roads, it is for us to have collaboration with Ogun State government and say let us look at the budget. This road, five kilometres goes into your own state, seven kilometres goes into my own state. Let’s check the numbers. What are the trade-offs? Who has the comparative advantage? Who is collecting revenues on these corridors? I might be a bigger brother because I probably have a bigger budget. So, we deal with it and solve it.”

Traffic gridlock has remained a huge challenge in Lagos State especially during the rainy season and the festive period. It breeds an increasing rate of armed robbery and robbers usually take advantage of the gridlock to rob motorists and commuters.

When asked what makes him think that he is the preferred candidate in the race for the governorship seat, Sanwo said he got a resume rich with 17 years in the private sector and 13 years in the public sector.

He also disclosed that he has worked with three governors and have been a three-time commissioner in the state.
Posted by Daniel Update at 10:08 AM