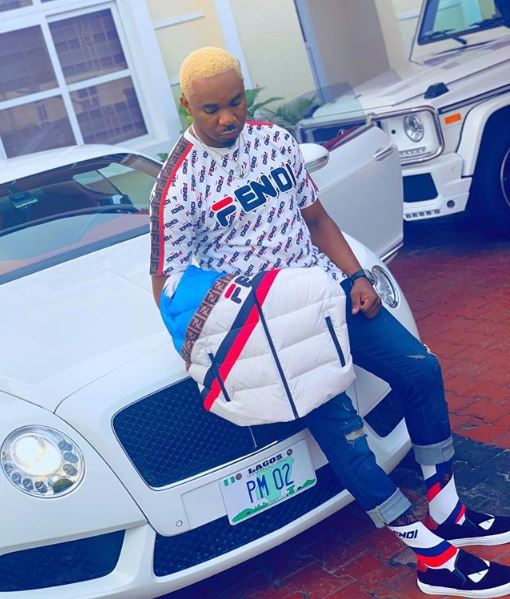 Lagos socialite, Pretty Mike has listed the names of celebrities in Nigeria who have allegedly done plastic surgery. He also made it known that plastic surgery and body enhancement is fast becoming a trend in Lagos as centres where such is done keep springing up.

Taking to social media, Pretty Mike mentioned Tonto Dikeh, Toke Makinwa, Ini Edo, Princess of the Big Brother Naija fame, Onyii Alex and many others as he promised to release a full list in his next post on the topic of plastic surgery.

"We also have Centres in Lagos where they do these surgeries,the most common which is grandville medlaser in VGC,he became more popular when he did the free surgery for ladies who had over 11k followers and didnt mind posting their procedures showing their faces,likes of #sandraiwok #suzilicious jumped on it,my bird told me she even did hers twice.


Then we have Dr Femi of the lekkihillplasticsurgery who I heard broke out from grandville medlaser, mehn have you seen the way he moulds asses and his lollipop cut for breast augmentation then down to Victoria Island have Kleinburgmedspa,they are also very good and I think they’re the only ones have seen done hips unlike the rest who just gives everyone the Apple butt shape,but what do I know clients preference I guess this Bbl is now so common with 20k-35k consultation fee and between 800k-2Million you can get a banging body in Lagos,just get ready not to sit for at least 3weeks (you don’t want the fat pumped in getting bleeped up).we have the likes of #berbiedoll who hyped her procedure on her snap #kunmi123 #Ronke who have worked on their bodies,our celebs are not even left out:;tonto dike,ini edo,Onyi Alex,princess bbn,Toke makinwa…..it’s very hard to know the real from fake now as Lagos has been littered with big bum bums and I can strongly say, I’m a big fan and I love the movement.


To be continued In my next part 2 post…we are going to dig out__1.all the names of people u think have gone under the knife, 2.Why Married women are under pressure to go under the knife 3.Why it is the most requested gift from ladies 4.Why most ladies are badly saving up for Lipo 5."
Posted by Daniel Update at 7:55 AM