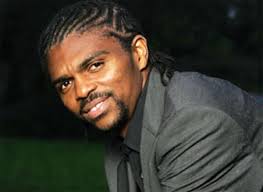 Nwankwo Kanu may someday return to Arsenal as Manager at the club as he reveals Coaching is an option he is open to in the future.


Kanu spent five seasons with the premier league club, where he won two league titles, including a PL and FA Cup double in 2002, and is certain a career in management is a possibility.


“It might happen but for now I don’t really have that in my head, but who knows you can’t really say no to anything. It depends on your time, if I have time for it I will go for it.
Posted by Daniel Update at 6:42 AM