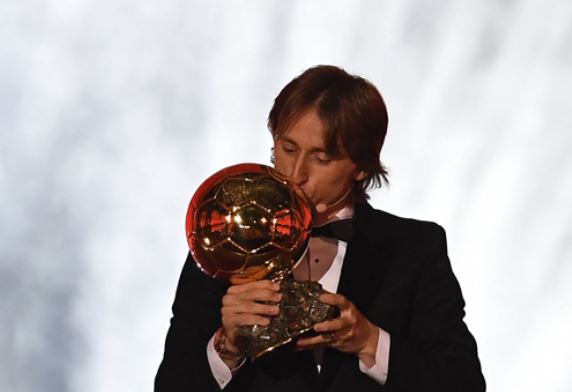 Luka Modric
Luka Modric saw off competition from France’s World Cup stars as the Real Madrid and Croatia midfielder won the Ballon d’Or on Monday to end a 10-year stranglehold on the award by Cristiano Ronaldo and Lionel Messi.
Modric, 33, was announced as the winner of the prestigious prize in Paris ahead of Ronaldo and French World Cup winner Antoine Griezmann.
Norwegian striker Ada Hegerberg was rewarded for her prolific form with Champions League winners Lyon as she took the first ever women’s Ballon d’Or prize at a ceremony in Paris on Monday.
The 23-year-old saw off competition from the likes of Danish star Pernille Harder, of German club VfL Wolfsburg, and Brazil’s Marta — winner of FIFA’s best player prize — to take the prize organised by France Football magazine following a vote by journalists from around the world.
“I want to say thanks to my teammates because this would not have been possible without them, my coach or our president Jean-Michel Aulas,” Hegerberg said at the ceremony at the Grand Palais, just off the Champs Elysees.

“I also want to thank France Football. This is a huge step for women’s football.”
Kylian Mbappe was named winner of the Kopa Trophy for young player of the year at the Ballon d’Or ceremony in Paris on Monday.
The Paris Saint-Germain forward, who does not turn 20 until later this month, starred as France won the World Cup and also won the best young player award in Russia.
The new award — named after French former Ballon d’Or winner Raymond Kopa — was voted for by 33 living former winners of the main Ballon d’Or prize. Mbappe was also among the 30 nominees to win that award.
Posted by Daniel Update at 11:32 AM