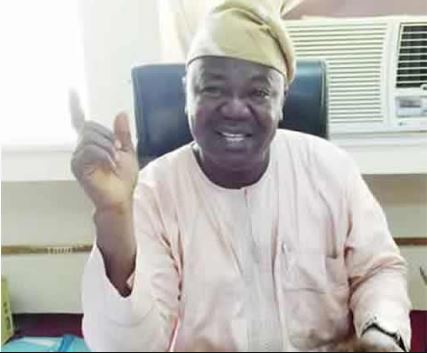 ASUU President, Prof. Biodun Ogunyemi
Professor Biodun Ogunyemi, the president of the Academic Staff Union of Universities, has charged striking lecturers in public universities to brace up for a long strike.
According to Premium Times, Ogunyemi enjoined ASUU members “to be on the watch and prepare for a long drawn out struggle to salvage the University System”.
ASUU had embarked on a nationwide strike over unfulfilled past agreements by government and underfunding of education.
Ogunyemi stated this is Strike Bulletin No 5 sent to all members of the union, a copy of which was obtained by our correspondent in Ibadan.
Ogunyemi charged members to remain steadfast “and resolute in the face of intimidation or antics employed by the government through Vice-Chancellors and Governing councils to undermine the ongoing struggle”
According to the ASUU President, “Government is yet to change its ‘keep them talking’ style and stance as all the meetings held so far with the Minister of Education are yet to resolve any of the demands of ASUU.”
Also speaking after their Zonal Meeting held at Ladoke Akintola University, ASUU chairman, University of Ibadan, Dr Deji Omole said Ibadan zone of ASUU has been fully mobilised with her members to ensure the reason for the strike gets actualised.
Omole noted that it is regrettable that the federal government who has not put anything on the table for revitalising the comatose education sector is busy mobilising funds for re-election in 2019.
He, however, appealed to parents not to mortgage the future of their children by fighting for proper and adequate funding of public education.
Posted by Daniel Update at 11:45 AM