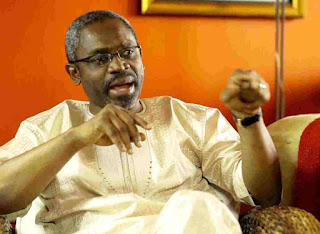 The Leader of the House of Representatives, Femi Gbajabiamilla on Tuesday said no strike can stop the National Assembly from sitting as this will amount to shutting down the country.

The leader who spoke to journalists at the White House lobby of NASS said”it’s not possible to shut down the legislature as the entire country would be shut down as there will be nobody to make the laws.

“Last night both legislative Chambers leadership met on the issue of unpaid salaries though we operate separate accounts and we are on top of it.

“Our intervention is already yielding results and we hope to get results soon.

On the possibility of not forming a quorum, Gbajabiamilla simply said”wait till we start before jumping to conclusion that we may not form a quorum as most lawmakers come straight to chamber not their offices first.

Posted by Daniel Update at 9:38 AM