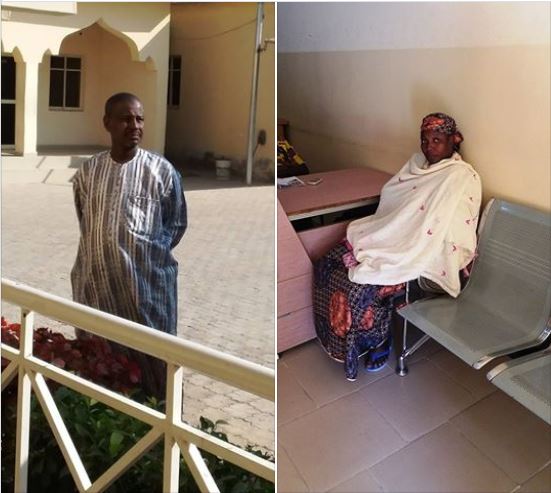 The Economic and Financial Crimes Commission, EFCC, on December 12, 2018 arraigned and secured the conviction of one Aminu Abubakar Sadiq before Justice A. B Kumaliya of the Borno State High Court, Maiduguri, on a one-count charge bordering on inducement to the tune of N864,000 (Eight Hundred and Sixty Four Thousand Naira) only.

Sadiq was accused of conning his victim into parting with the said sum, in exchange of helping the son secure employment with the Federal Inland Revenue Service, FIRS.

The count reads: “That you, Aminu Abubakar Sadiq sometimes on the 4th June, 2018 at Maiduguri within the jurisdiction of this Honourable Court, dishonestly induced one Yakubu Umar Jibrin to deliver to you the sum of N864,000 (Eight Hundred and Sixty Four Thousand Naira) only. That the said sum would be used in processing/securing employment with Federal Inland Revenue Service (FIRS) in favor of his son, Nurudeen Yakubu, and thereby committed an offence contrary and punishable under sections 320 (a) and 322 of the Penal Code Law of Borno State Cap. 102 Vol.3 of the 1994 respectively.”

He however, did not waste the time of the court, as he pleaded “guilty” to the charge.

Justice Kumaliya while delivering judgment said: “The accused having pleaded guilty to the charge is hereby convicted.” The court also sentenced him to one year in prison with an option of fine in the sum of N100,000 (One Hundred Thousand Naira) only.

In another related development, the EFCC arraigned one Fannaram Adam before Justice Fadawu Umar of the Borno State High Court, Maiduguri, on a one-count charge bordering on criminal breach of trust to the tune of N949,000 (Nine Hundred and Forty Nine Thousand Naira) only.

Adam was accused of dishonestly converting the said sum to her personal use, which she was entrusted with by the petitioner.

The petitioner alleged that, after the death of her son, his house was sold and the money was shared to his heir and her. The N949,000 being the petitioner’s share and her grandchildren was transferred to the defendant’s account by one Jafar Abba Ahmed.

The charge reads: “That you Fannaram Adam sometime in April 2018 at Maiduguri, Borno State within the jurisdiction of this Honourable Court, being entrusted with the sum of N949,000 (Nine Hundred and Forty Nine Thousand Naira), by one Bintu Mustapha being the inheritance money of herself and her grandchildren, which was deposited in your bank account in Keystone by one Jafar Abba Ahmed on behalf of Bintu Mustapha, which you dishonestly converted same to your personal use and thereby committed an offence of Criminal Breach of Trust contrary to section 311 and punishable under section 312 of the Penal Code Law Cap 102, Laws of Borno State”.

Adam pleaded not guilty when the charge was read to her.

Counsel for the prosecution, Halima Shehu, prayed the court for a date for trial to commence.

Justice Umar, thereafter, adjourned to January 10, 2018 for commencement of trial, and ordered the defendant be remanded in prison custody.
Posted by Daniel Update at 7:12 AM