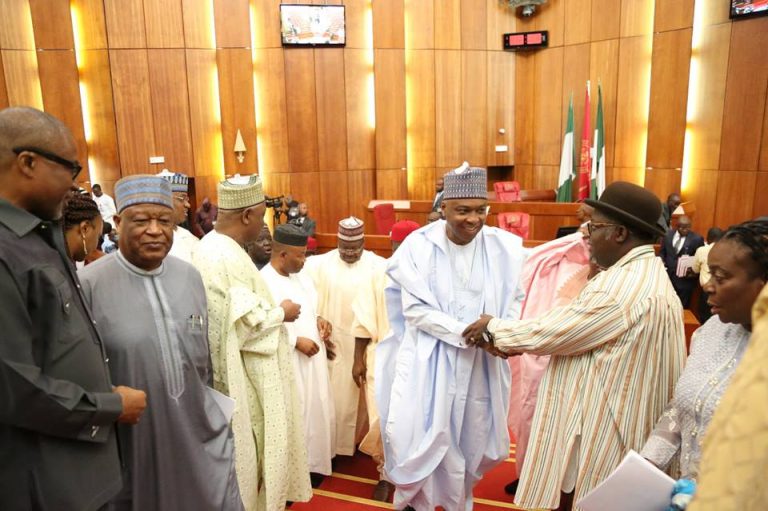 According to Daily Post, the proposed commission aims at enhancing the infrastructural development of the South East zone, which is grappling with huge ecological challenges.

The bill also seeks to act as a catalyst for the development of the commercial potentials of the zone.

The proposed legislation requires the concurrence of the House of Representatives to become a bill of the National Assembly, and the president’s assent to become a Law.

Sponsored by two southeast senators, Stella Oduah (PDP-Anambra) and Samuel Anyanwu (PDP-Imo), the bill was first read in the Senate on June 22, 2016.

Its passage in the Red Chamber followed the presentation of the report of the Committee on Establishment and Public Service by its former Chairman, Sen. Emmanuel Paulker (PDP-Bayelsa).

After Paulker’s presentation, the bill was considered clause by clause by the committee of the whole, and amendments made by the lawmakers before it was read for the third time and eventually passed.

Speaking, the Deputy President of the Senate, Sen. Ike Ekweremadu, who presided at the sitting, commended his colleagues for a job well done.


“Every morning we pray that God should give us the grace to do only those things that will promote the peace and unity of this country.


“I believe that we have shown today that we are committed to the unity of this country, and it is this unity that will give us faith in this country.


“This faith will in turn help us to pursue peace and progress,” he said.

Addressing newsmen after plenary, members of the South East caucus of the Senate, led by Sen. Enyinnaya Abaribe (PDP-Abia), thanked their colleagues and members of the committee for their efforts.

Abaribe, who spoke on behalf of the caucus, urged the President to sign the bill into law “as soon as we tidy it up and bring to him, in the interest of the unity and progress of Nigeria”.

“This will put to rest the long-drawn agitation in the South East, and the difficulties in the rehabilitation and reconciliation efforts that started at the end of the civil war.


“All things we see always will end up at the negotiating table, which is what we have done,” he said.

The lawmaker said he hoped the House of Representatives would give concurrence to the bill as it went in the Senate.

When established, the South East Development Commission would be the third zonal interventionist body in the country.