Singer, TCH Reveals What He Kept Thinking About While Still In The University 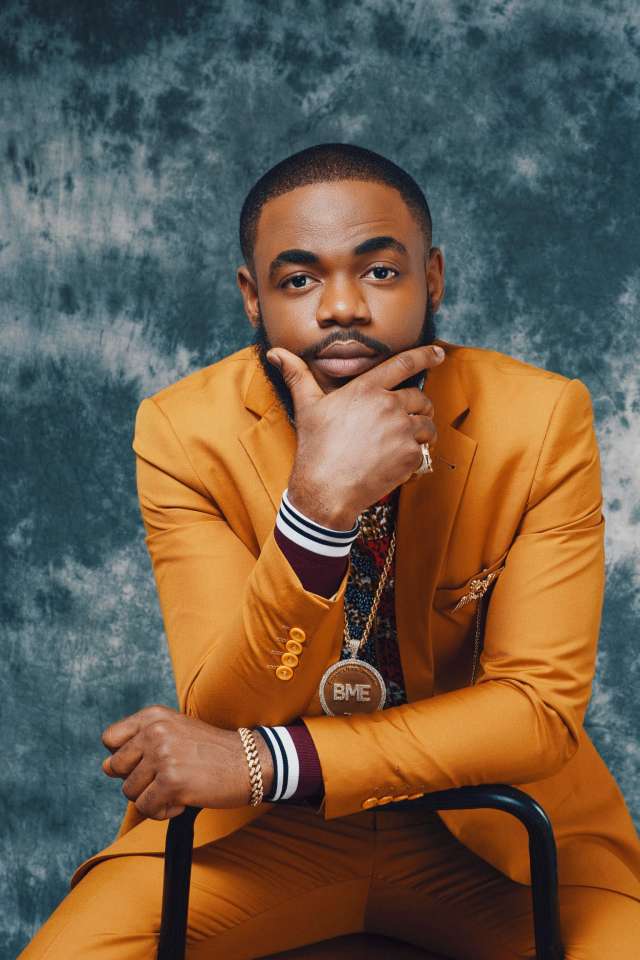 Enugu state-born talented singer, Tochukwu Chuwkudi Ezeji, TCH as he is popularly called, has explained that his journey into the Nigerian music industry started way back in secondary school when he was singing only for girls, Vanguard reports.

The Economics graduate of Godfrey Okoye University, also said that it was easier for him to move into the industry because his parents were also into music.

“My name is Tochukwu Chukwudi Ezeji (TCH) was born in Enugu state but I hail from Imo state, I had his primary and secondary education in Enugu state before proceeding to further his tertiary education at Godfrey Okoye University where I majored in Economics. I started singing in churches, performing at church events with my kid sister. It’s actually been something I love doing and I feel at ease. So I can proudly say I started as a chorister”

For TCH, singing to him was normal as he sings both in the church as a chorister and at home until he formed a group called, Beatz Boys with some of his friends.

“The whole music thing was normal you know being in the cathedral choir, singing at home, and church was all just a normal thing not until I was with some friends whom I formed a group called “Beatz Boyz Music Group. We were three, two rappers and me the singer. That was the vision but before then I had already started singing for girls in school and they’re always like “you can sing TCH. I love singing and songs like, “Elewe Ukwu” by TJ and “Baby” by Justin Bieber made the girls more fond of me”.

He explained that the group recorded their fast track tagged “Worldwide” few months after it was formed.

“So after we formed the group, we saved up some cash and went to record our first track “worldwide” the three of us. We went to the studio that day, recorded and had the song with us that same day. It was so funny and a flop. We were so happy hitting the studio. The next day, we had the song on hulkshare. No hype we were just happy to have a song”

The songwriter said that in their quest for more, he wrote their second song titled, “More” where they involved artistes outside their group adding that while trying to build his career he attended so many free shows

“I wrote our second song “More” which featured artistes outside the group because of money. So it was like “if you don’t bring money, you won’t follow us to record”. The song came out amazing, because it was professionally produced by a good producer now known as SELEBOBO. It enjoyed so much hype from everyone. In school, online, parties. Honestly we were high school superstars. The fame was coming and with the parties we were throwing back to back. Then I wrote another song “Lose control”, I planned to do with my group. They were all dulling. I rushed and met my producer whom I also featured on the track. It came out the bomb, boom! It was all over the place, like every young person in secondary school I can tell, knew the song. That was it we were famous around town. Attended few shows, mostly free just one I got paid for. Back then, my whole mind was in the music. I really wanted to do this with my whole heart. I was ready to drop out of school, move to Lagos without any plan with the dream that someone will like me because I was just “16 years” and sign me. Can you imagine? “

He explained that he had to sneak out of the house school to studio.

“I sneaked out of the house, school, hitting the studio. Hustling and recording few jams. You know doing my thing. It wasn’t easy, because most times I was flogged and punished by my father. The funny thing is I saw it as wickedness but I came to realize that he just wanted me to write my SSCE and go to the university, come out as a graduate then do what I wanted. I remember this show in Enugu at New Berries Park. I attended the show, pleaded and was promised a performance. I stayed there till like midnight and still no performance. I switched off my phone so my parents wouldn’t reach me. I was just thinking about the music, nothing else, not even my academics.”

He expressed gratitude to Almighty God for the grace to be where he is today.

“Well all that being bygone. Currently I’m glad and thankful to God. I’m a graduate now, chasing my dreams and doing what I love. I have been fortunate to be an artiste under Billionaire Minds Enterprise (BME). It’s a blessing, working with a team that believes in you and sees your vision too. I hope to be among the top rated artiste in the world soon & a big entrepreneur “

The singer announced that he was going to create a new genre of song tagged Afro- Life in 2017 which is a fusion of traditional high-life tunes and contemporary pop elements.

TCH is credited with creating the Afro-Life style of music, which is a fusion of traditional high-life tunes and contemporary pop elements. His music career officially began in 2017, when he released his first single ‘Whine’ in May, before being signed to his current label where he subsequently released another single ‘Kilofe’.

His musical influences are Flavour, Psquare and Wizkid. His most recent project is “ATL Vibes”, an amazing body of work! In two weeks, He’ll be dropping an EP titled “Paradox” featuring top-notch artists.
Posted by Daniel Update at 1:41 PM