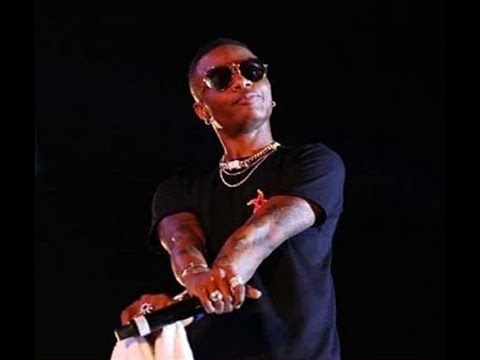 Wizkid
One of Nigeria's most popular musicians, Wizkid stunned his many fans recently when he did something on stage they didn't quite expect.The singer was on stage performing during his #MadeInLagos concert in the city of Lagos when one of his fans stormed the state to prostrate for the superstar, apparently out of deep reverence. 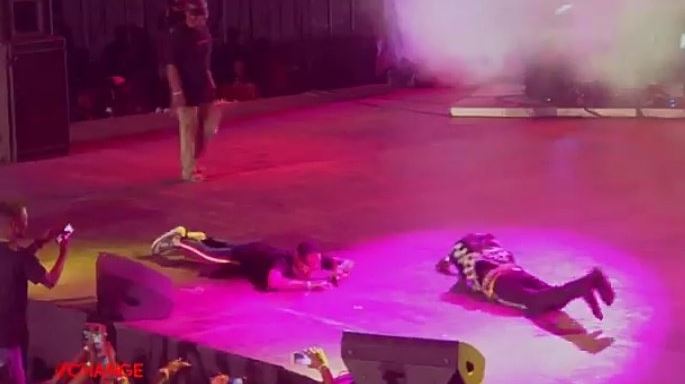 The fan prostrated and Wizkid returned the favour

Wizkid tried to raise the fan up to no avail. He then surprised his audience by prostrating as well, returning the favour.A video showing the moment Wizkid went flat on his face has gone viral on social media as fans get excited with what they described as 'Wizkid's humility' 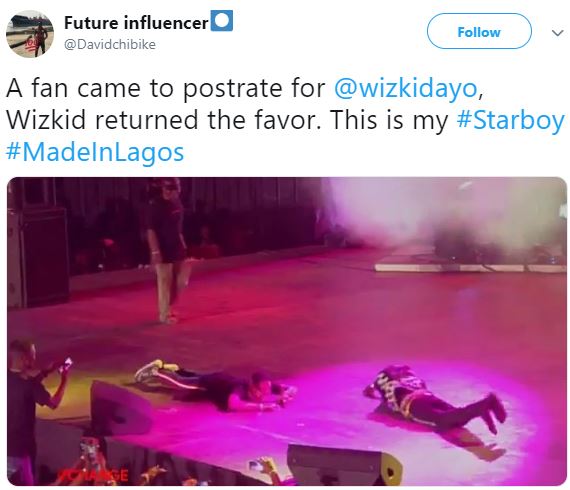 Watch the video below:

Posted by Daniel Update at 5:20 AM